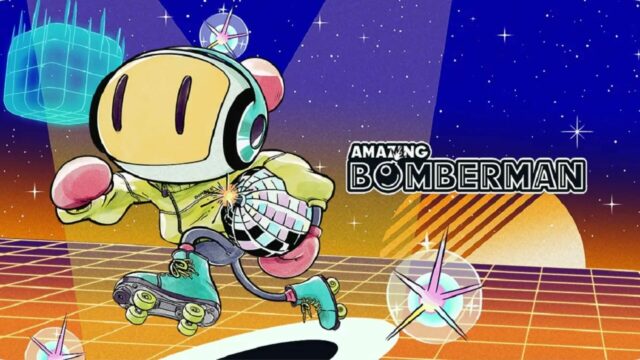 Konami is launching Amazing Bomberman exclusively on Apple Arcade on Friday, August 5th, 2022. The new game in the long-running franchise puts a twist on the classic top-down gameplay by infusing some rhythm-based mechanics into it.

The Bomberman franchise first began in 1983. It has since gone on to grow into multiple sequels and spinoffs across consoles and platforms. At its core, Bomberman sees players navigate a grid-style environment, laying down bombs in order to defeat enemies. Along the way, Bomberman can pick up power-ups, granting enhanced abilities. The same can be said when a multiplayer mode is available. However, players compete against one another in the bombastic gameplay.

Amazing Bomberman continues to provide that core experience, yet adds a lot of new visual and audible flair. The game will launch with seven stages. Each one will include videos and musical effects that affect the gameplay. Players are also able to customize their character to some degree. However, the game features no in-app purchases.

AMAZING BOMBERMAN introduces musical mayhem to the storied series as players use various bomb types to smash obstacles and collect special items as the stage changes to match different songs. The game launches with seven different playable stages and features original music composed by artists from Japan and abroad.

Based on the small teaser trailer, Konami certainly seems to be taking a modern approach to the classic formula. Fans of the franchise won’t have long to wait until Amazing Bomberman is available on Apple Arcade. You can now set a reminder for the game on the App Store listing.

In similar news, Jetpack Joyride 2 is also set to debut on Apple Arcade later this month.