Are you looking for more Lightning USB cables, but don’t want to break the bank? Amazon.ca currently has a 2-pack of Zeus branded Apple MFi certified Lightning USB cables on sale for $9.99, which are eligible for free shipping (on orders $25+ and Prime). 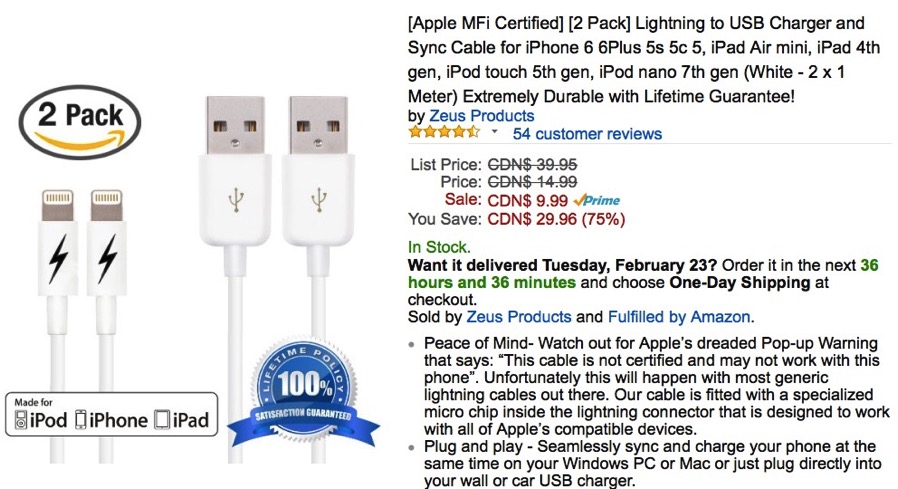 These cables for the most part have decent reviews, but at the price of $5 for an Apple MFi cable, you can’t really complain if something goes wrong. If you just need a spare Lightning cable for quick battery top-ups in the car, garage or office, these may get the job done, versus spending $25 for one from Apple.

Since these are fulfilled by Amazon, if you run into issues, you can get easy returns, which offers peace of mind. Also—if you’re interested in AmazonBasics MFi Lightning USB cables, they’re on sale too, for 25% off at $8.99 per cable.

Click here to jump on this 2-pack of Zeus MFi Lightning Cables from Amazon.ca.