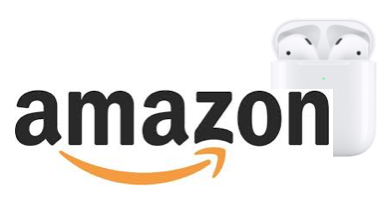 According to Bloomberg’s Mark Gurman, Amazon is set to launch its own version of wireless headphones to compete with Apple’s AirPods:

The Seattle-based e-commerce giant is readying earbuds with built-in Alexa access for as early as the second half of this year, according to people with knowledge of the plans. The headphones will look and act similar to AirPods, but people working on the product inside Amazon are striving for better audio quality, the people said. Like the AirPods, the Amazon earbuds are designed to sit inside users’ ears without clips around the ear.

These wireless headphones are being worked on by Amazon’s Lab126 hardware division, reports Bloomberg; the same division is also reportedly working on a home robot for consumers named Vesta.

Powered by the company’s Alexa assistant, these Amazon wireless headphones will let users harness their voice to buy items, listen to the news and more on the go. Physical gesture controls to control music playback and for calls, but an always-on “Alexa” command will be available, like Apple’s “Hey Siri”.

Unnamed sources inform Bloomberg there have been some development delays for these Amazon earbuds, with the online retailer still searching for suppliers and manufacturing partners.

These Amazon headphones will come with a USB charging case, while tested colours include black and grey.

These Amazon wireless headphones will most likely be aggressively priced to beat out fellow competitors, similar to the company’s own Alexa speakers and e-readers.