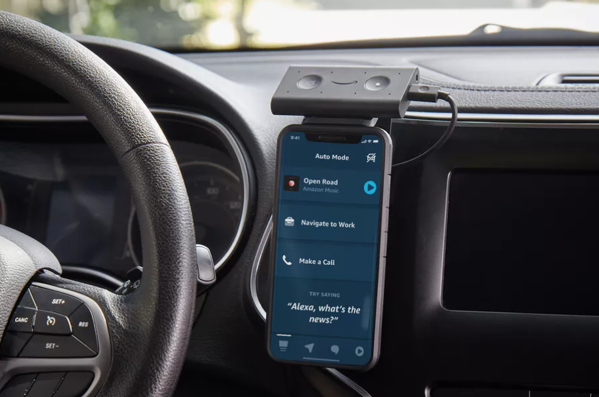 Amazon has announced its Alexa iOS and Android app will get a new feature called Auto Mode in the coming weeks.

Auto Mode in the Alexa app turns your iPhone or Android smartphone into a smart display to work with the company’s Echo Auto, and supported Alexa auto accessories. The feature will show large visuals and have large touch targets for common actions, such as saved locations, phone calls or playing recent media.

There are four screens for Auto Mode in the Alexa app:

You’ll have to be smart about touching your smartphone while driving, as it may be another distraction, and could land you a ticket depending on your jurisdiction (I bought this $20 vent mount to use and it’s been great).

Amazon tells iPhone in Canada Auto Mode is rolling out to Android and iOS in the coming weeks, and will be available in the U.S., Canada, Germany, France, India, Italy, Spain, UK, Australia and New Zealand.

We’ve been testing Echo Auto as a companion in our vehicle over the past little while, and Alexa can work better than Siri when in the car to play music, as it works side-by-side with Apple’s CarPlay.

Echo Auto is available on Amazon.ca for $69.99 but it’s going to go on sale during Prime Day later this month.