Amazon Alexa has just landed on all new and existing Jaguar and Land Rover vehicles fitted with the Pivi Pro infotainment system. Owners of compatible vehicles will be able to enjoy the benefits of Alexa via an over-the-air (OTA) software update. 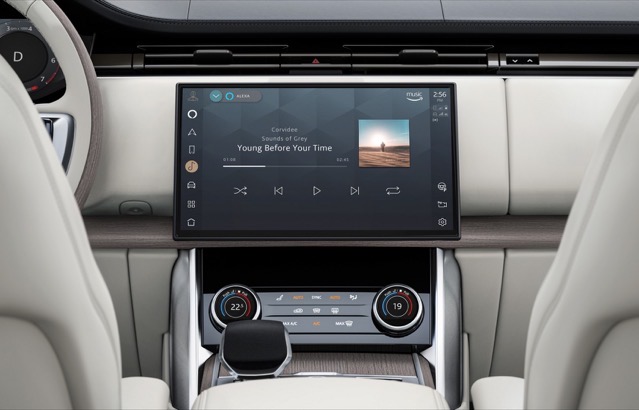 Requests such as ‘Alexa, navigate me to home’, ‘Alexa, play my chill-out playlist’ and ‘Alexa show me nearby coffee shops’ can all be done by voice, without touching Pivi Pro’s touchscreen.

“Customers around the world interact with Alexa billions of times each week, making life easier, more productive, and more fun. We’re excited to deliver that same delightful, convenient experience to Jaguar and Land Rover customers – and because Alexa is always getting smarter, new features and capabilities will be added over time and delivered to their vehicles automatically,” said Christian Mentz, Head of Alexa Automotive International.

The collaborative approach to development from the engineering teams at Jaguar Land Rover and Amazon ensures that customers will enjoy the same Alexa experience in their vehicles that they already know and love from home.

Terry Gou, the founder of Apple supplier Foxconn, was instrumental in convincing the Chinese government to ease COVID-19 restrictions in the country, which were significantly affecting iPhone production — reports The Wall Street Journal. The information comes from unnamed sources familiar with the proceedings. According to the report, Gou sent Chinese leaders a letter over...
Nehal Malik
3 mins ago