According to the company, AmazonBasics brings ‘high-quality’ consumer electronics to Canadians just in time for the holiday shopping season:

Just in time for the holidays, this private label collection of high-quality consumer electronic basics is available for customers who want exceptional value combined with low prices. 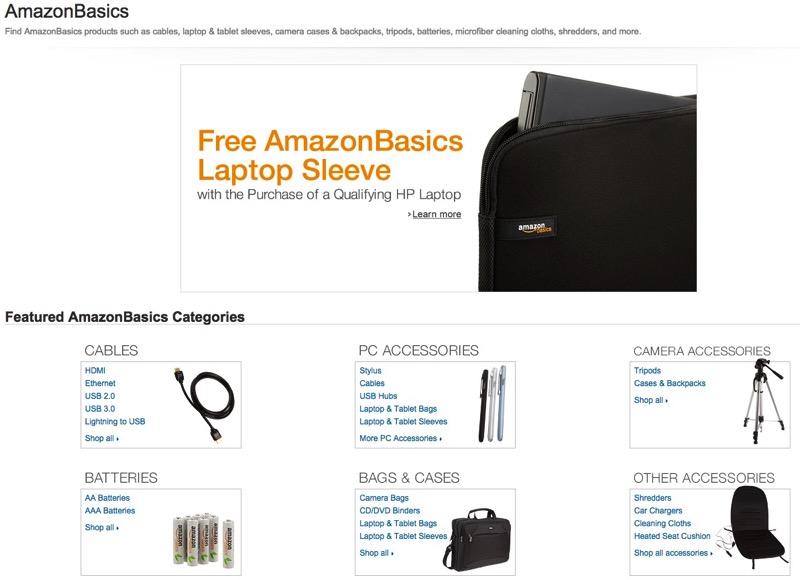 Essentially, what we have here are Amazon-branded electronics and accessories, offered at comparable prices to what we’ve seen from Monoprice and other private-label retailers.

For example, the AmazonBasics 3ft MFi Certified Lighting to USB cable costs $13.49 (shipped from Canada), while Monoprice charges $12.09 (shipped from the USA). While Monoprice is cheaper, you still have to pay for US shipping to Canada. Amazon offers free two-day shipping for Prime members and other orders over $25. So it’s up to you to calculate the time cost.

There are various categories available in the AmazonBasics Canada store, which is great for Canadians looking to get some deals on miscellaneous electronics such as rechargeable batteries, which are actually re-branded Sanyo Eneloops.

Click here to visit the AmazonBasics Canada store—let us know what you’re going to pick up!