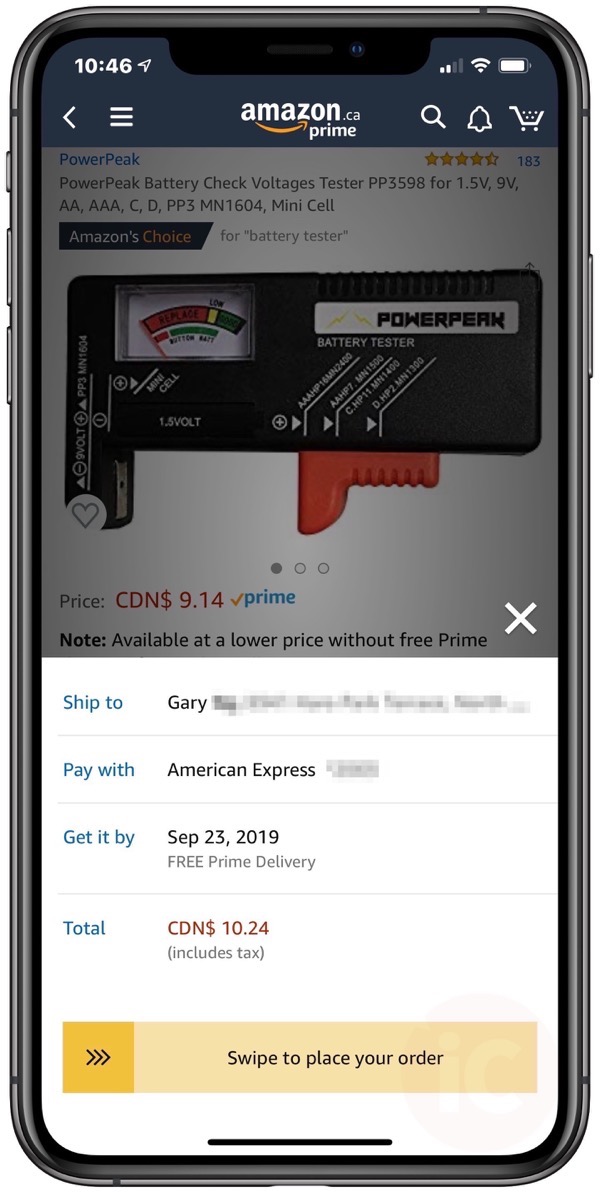 Amazon looks to be testing a new checkout option in Canada for users of its iOS app, called ‘Swipe to place your order’.

The feature has been tested and available in the United States since December 2017, but this is the first time we’ve seen it available in Canada (and we place a lot of Amazon.ca orders while on the porcelain throne #TMI).

Essentially, when you browse to a product listing and want to 1-click checkout by tapping ‘Buy Now’, a new interface pops up, summarizing your order details, along with a ‘Swipe to place your order’ slider along the bottom, which reminds us of the original iPhone’s ‘Slide to Unlock.’

We’re not seeing the new ‘Swipe to place your order’ interface show up on every tap of ‘Buy Now’, but we’ve been able to replicate it with success every few times.

This new swipe-based checkout is faster than the traditional ‘Buy Now’ button as there’s no need to load another page, but rather the ‘Swipe’ shortcut just pops up on the latter half of your screen.

Have you seen this ‘Swipe to place your order’ on the Amazon iOS app in Canada lately?

Airbnb has announced heightened defenses to help prevent disruptive parties over the New Year’s Eve weekend in 11 countries, including Canada. New restrictions will see a ban on certain one-night bookings during New Year’s Eve for entire home listings across Canada. These defenses are in effect for guests without a positive account history, or no...
Usman Qureshi
5 hours ago