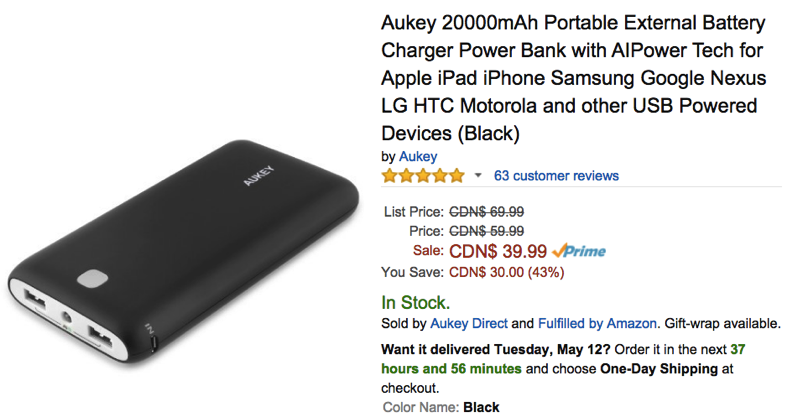 With its monster 20,000mAh capacity it can charge your iPhone 6 about seven times and fully charge your iPad Air. The dual USB ports output 3.1A of juice (5V total) so your devices can recharge very quickly. An additional feature is the battery pack also comes with a built-in LED flashlight (camping anyone?). 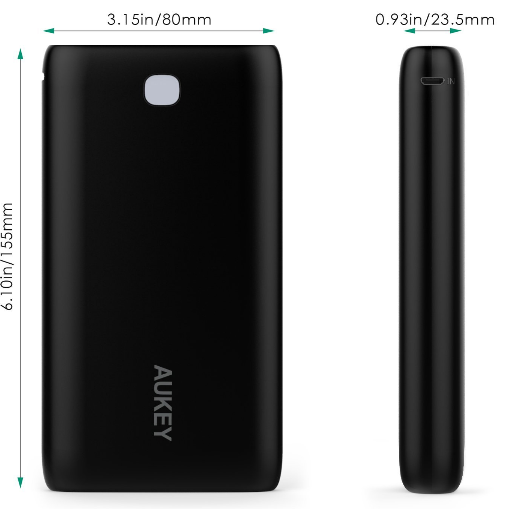 So far, reviews on Amazon are pretty positive for this external battery pack, plus after reading through the RedFlagDeals forum posts on this, it appears to be a good buy for the price. It’s available in both black and white, plus comes with an 18 month warranty.

Click here to jump on the Aukey 20,000mAh external battery pack while it’s still available for $34.99 (after using the coupon code, which is probably limited).