It comes with dual USB ports so you can charge two devices at once, with one of them being a high-powered port for Quick Charge 2.0 compatible devices, allowing up to 2.4A (the iPhone and iPad will work, but only charge at 2A) charging. 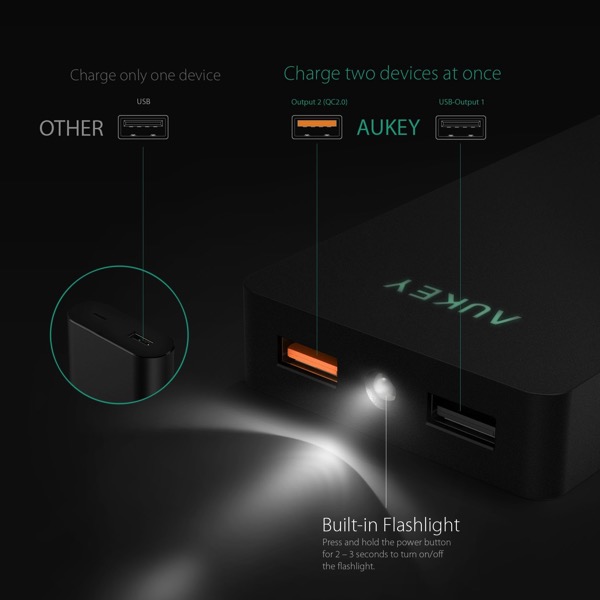 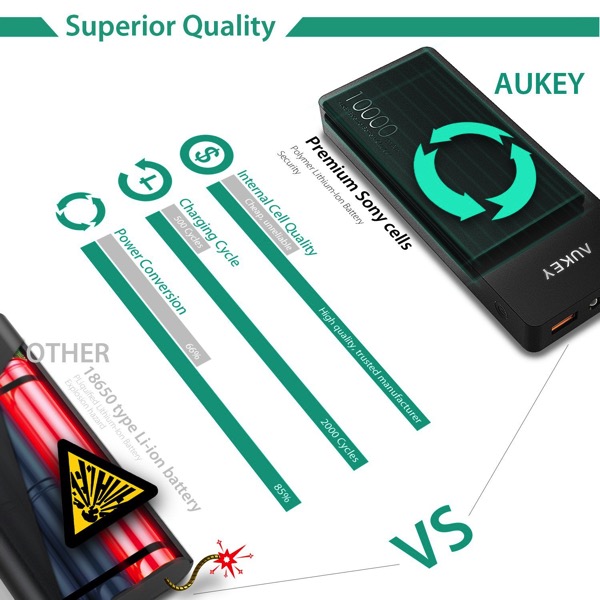 The AUKEY battery pack uses premium polymer lithium-ion cells from Sony, advanced circuitry to safely charge your devices, plus has a built-in flashlight (camping anyone?). It’ll be able to charge your iPhone 6s multiple times, so you’ll never run out of juice while traveling.