Last month Amazon.ca slashed the price of Belkin’s Charge and Sync dock for the iPhone 5/5S/5C by 48% and now it’s back in stock but even cheaper than last time. 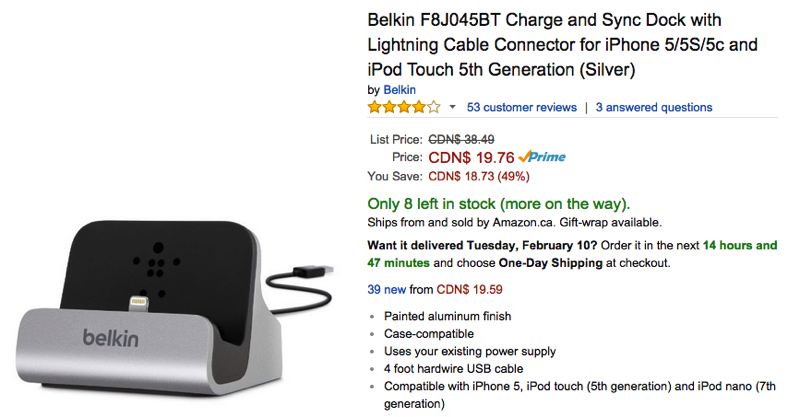 Previous commenters who have this dock did say it worked with the iPhone 6 Plus in the Apple Leather Case. Apple did not make a dock for iPhone 6 users, so this might be the one you’re looking for as it’s only $20 or so.

If you’re not happy with this dock, Amazon does have an excellent return policy with free postage paid shipping.

Click here to jump on the Belkin Charge and Sync dock while it’s still available (before the ‘RedFlagDeal effect’ kicks in too).

Amazon announced an all-new Alexa experience built just for kids today, with the launch of Echo Dot Kids. Echo Dot Kids come with Owl or Dragon designs and a 2-year worry-free guarantee. If your speaker breaks, Amazon will replace it. Also included are parental controls (time limits; explicit lyric filtering) and one year of Amazon […]
Gary Ng
32 mins ago

[caption id="attachment_382288" align="aligncenter" width="1920"] Image: @OnLeaks and @Smartprix[/caption] Samsung's upcoming flagship smartphone, the Galaxy S23 Ultra, has just leaked in high-resolution renders that reveal its design and more. The leaked renders come from Smartprix and known tipster @OnLeaks. Samsung is months away from actually unveiling the Galaxy S23 series, which is being developed under the...
Nehal Malik
45 mins ago