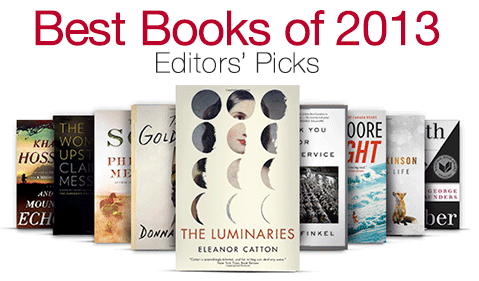 Amazon.ca has announced its editors have chosen the top 10 ‘Best Books of the Year’ for 2013, titles released in Canada this year. The top book along with three others (noted by asterisks below) are by Canadian authors.

Eleanor Catton’s novel, The Luminaries, earned the top spot this year and also recently won the 2013 Man Booker Prize. The book is also a finalist for the 2013 Governor General’s Literary Awards.

Earlier this year Amazon.ca revealed the most well-read cities in Canada—find out if you’re in one of the top cities.

You can check out the entire book list here on Amazon.ca where you can purchase them to read in the Kindle iOS app or on any Kindle device.