Amazon.ca and 49th Shelf have announced a list of “100 Canadian Books to Read in a Lifetime,” a curated list of books written by Canadian authors, chosen by editorial teams from both companies. 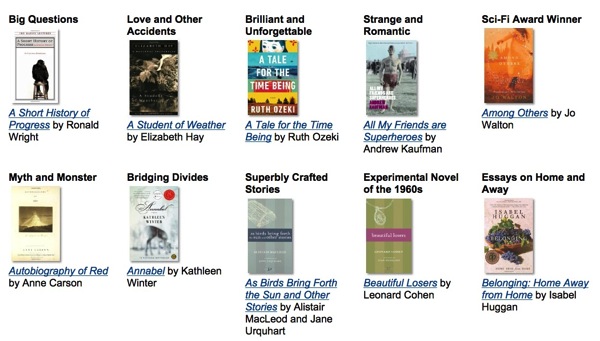 The list most likely is a way for Amazon.ca to encourage sales of its new $79 Touch Kindle announced earlier this month. Yesterday, the Kindle iOS app was updated to support the new iPhone 6 and iPhone 6 Plus. Using the company’s Whispersync technology, bookmarks can be synced between Kindle hardware and the Kindle iOS app.

Click here to see the list of 100 Canadian books picked. Users can also go vote for their favourite book over at Goodreads.

Next week is the beginning of a new month, so that means yet another list of what’s coming to streaming services such as Amazon’s Prime Video. Below are all the new shows and movies coming to Prime Video Canada in February 2023. Check it out below… February 1 Bodies, Bodies, Bodies The Mummy Schindler’s List […]
Gary Ng
56 mins ago