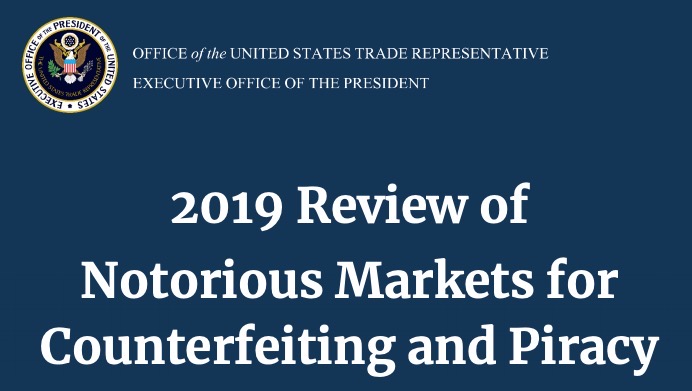 The USTR says it is “considering seeking more information regarding e-commerce platforms, including those based in the United States, in future reviews of Notorious Markets.”

right holders expressed concern that the seller information displayed by Amazon is often misleading such that it is difficult for consumers and right holders alike to determine who is selling the goods and that anyone can become a seller on Amazon with too much ease because Amazon does not sufficiently vet sellers on its platforms. They also commented that Amazon’s counterfeit removal processes can be lengthy and burdensome, even for right holders that enroll in Amazon’s brand protection programs.

Amazon told the Washington Post (owned by Amazon CEO Jeff Bezos) in a statement, “We strongly disagree with the characterization of Amazon in this USTR report. This purely political act is another example of the administration using the U.S. government to advance a personal vendetta against Amazon.”

In its separate 301 Special Report, the USTR also says Canada has “high levels of online piracy and lacks effective enforcement.” Canada also is listed as a popular destination where stream-ripping occurs, which is the converting of a licensed stream into an unauthorized copy for others to download.