Amazon Launches ‘Echo Input’ in Canada: Adds Alexa to Any Speaker [u] 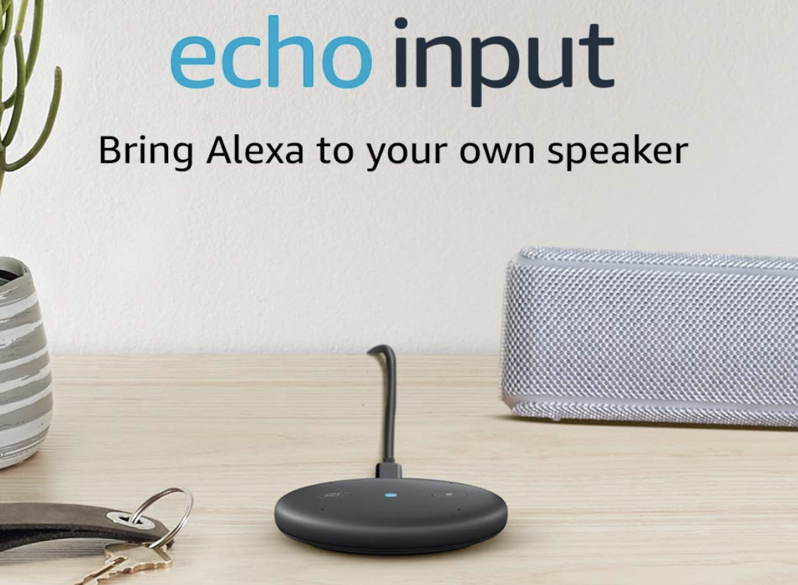 Amazon has announced Echo Input is now available in Canada, allowing anyone to add the company’s Alexa digital assistant to any external speaker.

Echo Input comes in a slim design and connects to your speaker via an included 3.5mm audio cable or Bluetooth.

Echo Input hardware includes a custom four-mic array, allowing you to summon Alexa no matter where you are in the room, even when music is playing. Speakers connected to Echo Input can be added to new or existing Multi-Room Music groups, to allow for syncing of music across multiple rooms in your home.

Amazon says Echo Input is “an even more affordable way to add Alexa to the speaker of their choice, or the speaker they already own.”

Echo Input will support both English and Canadian French.

Click here to pre-order Echo Input at its limited time promo pricing of $29.99.

Update: yet,shortly The Echo Input is now live on Amazon.ca.