Amazon Echo Studio Launches in Canada, Sold Out Until December 16 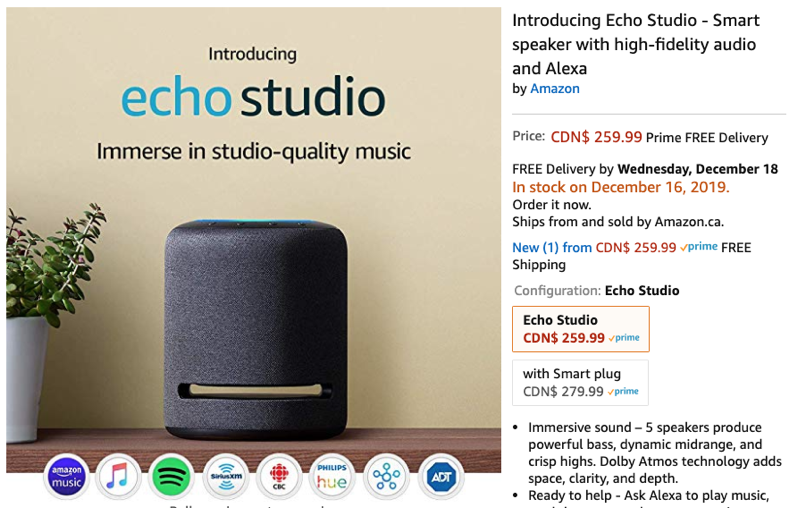 Amazon’s Echo Studio smart speaker has launched today in Canada, with units shipping out to those who made a pre-order. However, demand appears to have caused inventory to sell out, with Amazon.ca now listing the next in stock date on December 16, 2019.

The Echo Studio has five speakers and supports Dolby Atmos, while it can also be used as a wireless speaker for the new Fire TV Cube or Fire TV Stick 4K.

In our review of the Echo Studio, it impressed with its room-filling sound and bass, outshining Apple’s HomePod and the Sonos One; however, its large footprint may not fit on your mantle.