Amazon has announced a couple of new products today, one with a partnership with Anker. New today is the Fire TV Cube and the Nebula Soundbar—Fire TV Edition.

Fire TV Cube can also control your smart home devices and has a built-in speaker as well, for your Alexa queries and interaction with the voice assistant. The device can control compatible TVs, soundbar and A/V receivers from major brands such as Samsung, Sony, LG, Vizio, and more, explains Amazon.

The device has 16GB of storage and supports Dolby Atmos audio and has a micro USB, infrared and HDMI port on the back. Included in the box is an IR extender cable, ethernet adapter, power adapter and Alexa voice remote.

“Fire TV Cube was the first hands-free streaming media player powered by Alexa, and since launching last year we have gathered a wealth of feedback from customers about how they use voice in the living room,” said Marc Whitten, Vice President of Amazon Fire TV, in an issued statement, from Berlin, Germany. 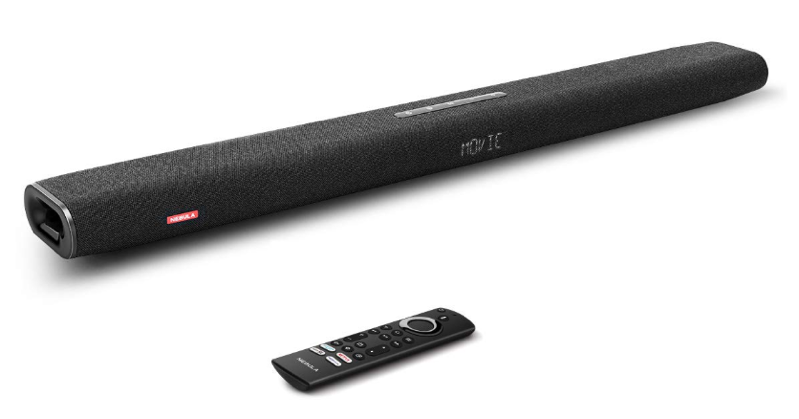 The Nebula Soundbar is a 2.1 channel speaker with built-in dual subwoofers and two speakers offering 100W of sound, plus Anker’s BassUp technology. Also a Fire TV edition device, it supports 4K Ultra HD at up to 60 fps, Dolby Vision, HDR and HDR10+.

The Nebula Soundbar can be controlled by the Alexa Voice Remote.

The Nebula Soundbar – Fire TV Edition is available for pre-order at $269.99 on Amazon.ca and ships November 21. Pre-orders launch today in the United States, Canada, the United Kingdom, and Germany

Amazon says customers who pre-order either device will be eligible for an extended 90-day free trial of Amazon Music Unlimited premium.

In this week's edition of his Power On newsletter, Bloomberg's Mark Gurman speculated that Apple could launch an even pricier iPhone model, positioned above the "Pro Max," as early as 2024. The renowned analyst previously reported that Apple could rename this year's iPhone 15 Pro Max the iPhone 15 "Ultra." However, he now believes the company is...
Nehal Malik
20 mins ago