Amazon Games and Bandai Namco have announced that a playable version of Pac-Man will be available through Twitch in June.

Pac-Man Live Studio is a cooperative version of the iconic arcade game. Working alongside friends, players can build and publish their own mazes and work towards completing monthly co-op high scores. Pac-Man Live Studio will feature three core modes.

The first is an ‘Endless Mode’, where players work together to advance through an endless number of mazes to reach a high score. The catch is that each player only has one life per level. One player will have to beat the maze in order for all players to return, otherwise its game over. 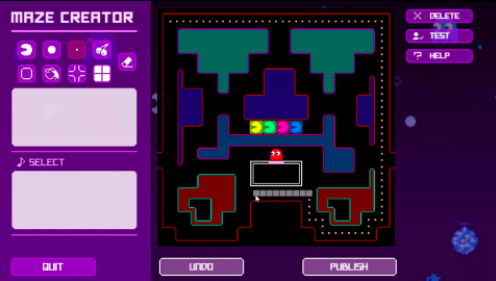 A Maze Creator mode will also be available. This mode lets you create your own maze with the ability to place however many fruits and power-ups on the level as you wish. Once completed, your level will have a chance to reach the game’s Most Popular tab if your maze is played and liked by the community.

Finally, it isn’t Pac-Man unless you have the Classic Mode. It’s just as you remember playing it in the arcade as your stuffing quarters into the machine. The only catch here is that your high score will be compared to every other player on Twitch.

The collaboration between Amazon Games and Bandai Namco comes in part to celebrate the 40th anniversary of our favourite yellow sprite. The best part about Pac-Man Live Studio is that no download is required as the game can be played directly through the game’s Twitch Channel.

No firm release date has been announced, but Amazon Games has said you’ll be able to chomp together soon.