Amazon this morning announced the all-new Kindle Oasis, dubbed as their thinnest and lightest e-reader yet, confirming previously leaked images of its eighth-generation product. 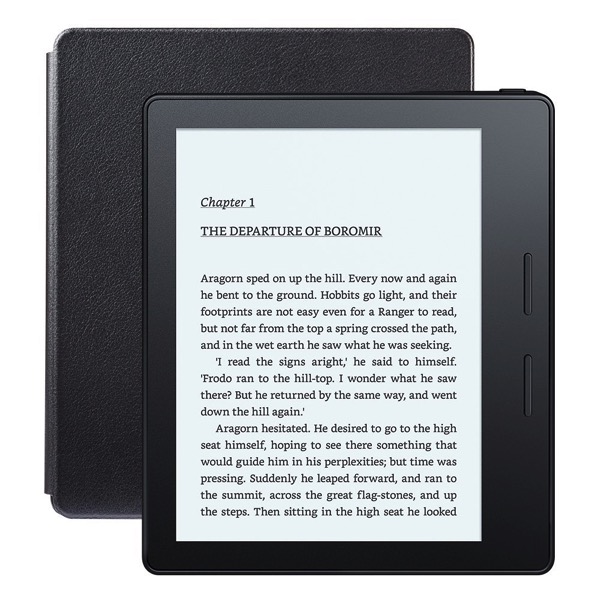 The Kindle Oasis comes with a 6-inch display sporting 300ppi, plus its built-in front light now has 10 LEDs (versus 6 in the Kindle Voyage and 4 in the Paperwhite), weighing in at only 130 grams (versus 180 grams for the Voyage). Amazon says this is the first Kindle to use “a ground-breaking 200 micron display backplane that is as thin as a single sheet of aluminum foil,” but also strong enough being thrown in a bag, thanks to the addition of its custom cover glass. 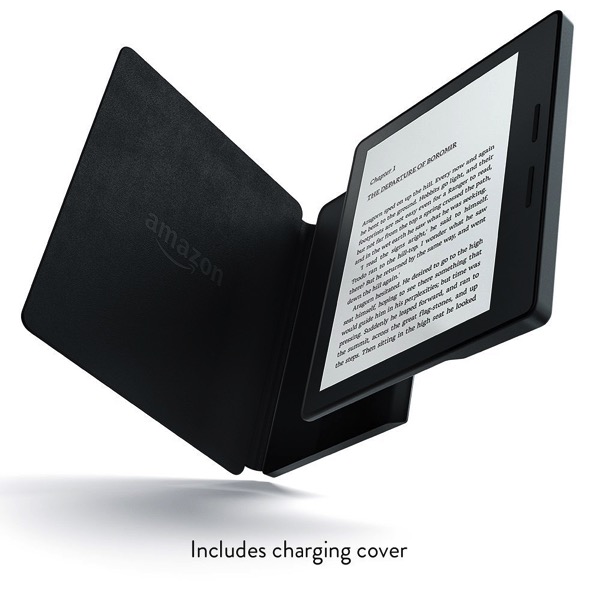 What’s also new is the included charging cover, which makes battery life last “months” at a time, plus a new hibernation mode when your device is inactive with further extend reading time.

Jeff Bezos, Amazon.com Founder and CEO, said in a statement emailed to iPhone in Canada, “To lean back and read for hours, you need a sanctuary from distraction,” adding “We want Kindle to disappear, and Kindle Oasis is the next big step in that mission. It’s the most advanced Kindle we’ve ever built—thin and ultra-lightweight, it gets out of the way so you can lose yourself in the author’s world.”

Kindle starts at $79, while the Paperwhite is $139.99, followed by the Voyage at $299.99. If you want the latest and newest Kindle technology, the Oasis is screaming your name, but the price is hefty since it does include the new charging cover, and our Canadian dollar doesn’t help either (it’s $309.99 in the U.S.).

Click here to preorder the new Kindle Oasis from Amazon.ca.

The latest video from Mrwhosetheboss reveals some Samsung smartphones are suffering from a swollen battery issue. Samsung dealt with a Galaxy Note 7 fiasco in 2016, when batteries for the smartphone were catching fire worldwide. Now, it appears some older Samsung phones are seeing batteries swell up, even when off and in storage. The tech […]
Gary Ng
51 mins ago