Amazon.ca Sale: Kindle Paperwhite Available for $20 Off with Free Shipping

If you’re an avid Kindle iOS user but don’t have a physical Kindle yet, this could be the time to get one. Amazon.ca is currently holding their flagship Kindle Paperwhite on sale for $20 off, at $119, which includes free shipping.

This second generation Kindle Paperwhite comes with an improved front lit screen, to reduce eyestrain further compared to your iPad or iPhone’s LCD (especially at night). It has a higher contrast display and has a new faster processor.

Amazon also touts the light form factor by saying “Read with one hand — over 30% lighter than iPad mini.” 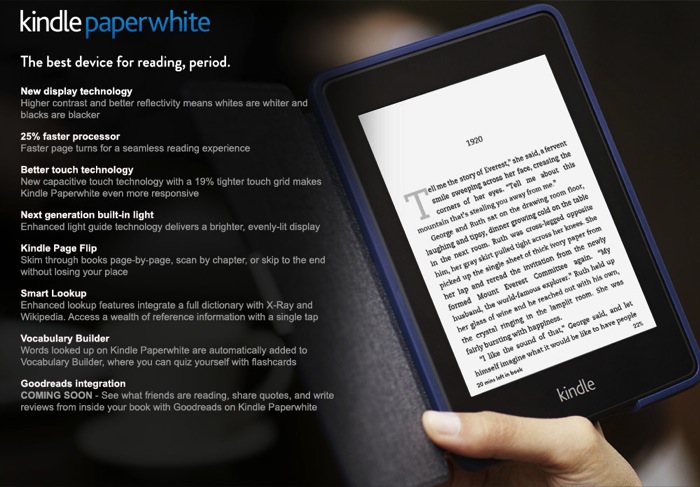 With Amazon’s Whispersync technology, where you left off in your book is synced to all your devices, so you’ll never lose your place. So from iPhone or iPad to the Kindle Paperwhite you’ll always be up to speed.

I enjoy ending the day by reading on my Kindle Paperwhite, as it’s much easier and helps relax my eyes after staring at LCDs all day.

The Kindle Paperwhite launched in Canada last January and rarely goes on sale—last year it was discounted by $10 but this current discount doubles that.

Click here to jump on the Kindle Paperwhite while it’s still on sale at Amazon.ca.

Apple has just shared a new support video on YouTube explaining how you can use SharePlay to listen to music and watch TV and movies with your friends while chatting about it in Messages. SharePlay, a feature that lets people share experiences right inside FaceTime on iOS and iPadOS, is now available via Messages as...
Usman Qureshi
20 mins ago