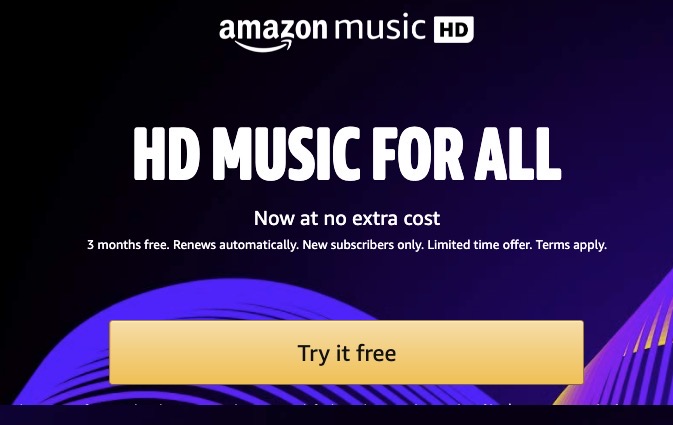 After Apple announced the upcoming launch of Lossless Audio for Apple Music next month at no extra cost, Amazon on Monday morning made a similar announcement of their own.

Amazon Music HD was launched back in 2019, currently available for over 70 million tracks, plus over 7 million songs in Ultra HD. Amazon also has a growing number of tracks in 3D Audio, plus songs in Dolby Atmos (for Echo Studio) and Sony 360RA (for Sony’s RA5000 and RA3000 speakers). 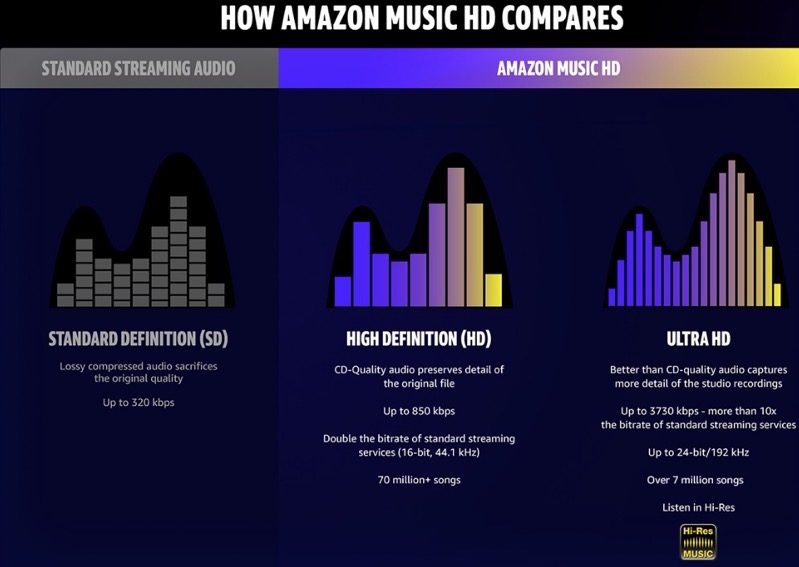 “When we first launched Amazon Music HD, our goal was to lead the industry by enabling music fans around the world to stream the best quality recording, the way artists intended their music to be heard,” said Steve Boom, VP of Amazon Music, in a statement. “We’re thrilled now to make Amazon Music HD available to everyone at no extra cost. All music fans should have access to this quality of music, and now they do!”

Amazon previously charged $5 to upgrade to Amazon Music HD, but now this tier has been unlocked for free. Existing subscribers to Amazon Music HD will no longer see an extra charge on their next billing cycle.

For Prime subscribers, it’s $7.99 CAD/month for Amazon Music Unlimited and for non-Prime it’s $9.99 CAD per month.

The free upgrade to Amazon Music HD is available today in Canada, US, UK, Germany, France, Italy, and Spain.