Amazon has announced the next-generation of its Fire 7 tablet, now offering twice the storage and a faster processor, available for pre-order today at $69.99 and shipping June 6th.

The new Fire 7 with its 7-inch IPS display, now has 16GB and 32GB storage options, up from 8GB and 32GB. The microSD slot allows for up to 512GB of expandable storage.

“Fire 7 is our best-selling tablet with tens of millions sold,” said Kevin Keith, Vice President, Amazon Devices, in an issued statement to iPhone in Canada. “For under $70, we’re making it even better for customers with a faster processor and two times the storage, so customers can enjoy even more of their favourite entertainment at home and on-the-go.” 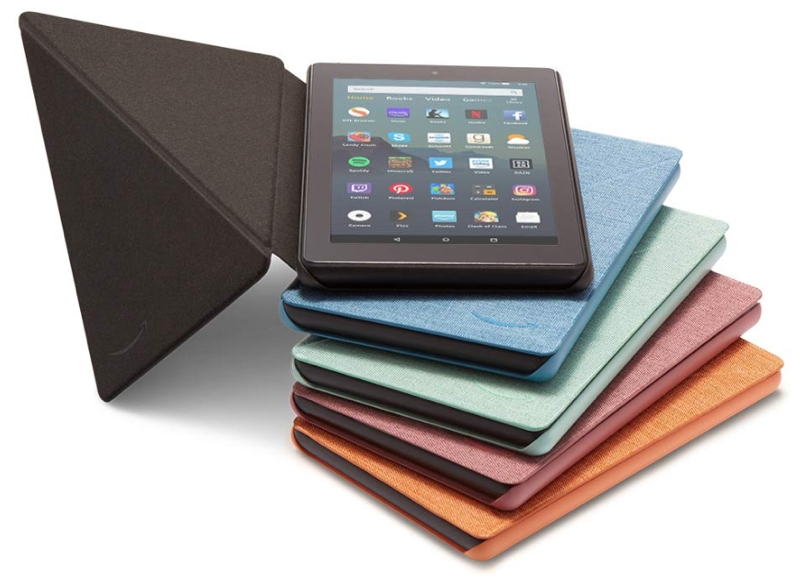 According to Amazon, they claim the Fire 7 is “2x as durable as the latest iPad mini, and stands up against drops, tumbles, spills, and everyday wear and tear.”

Fire 7 offers up to 7 hours of reading, music, browsing the web and watching streaming media. The tablet has 2MP front and rear cameras, supports dual-band Wi-Fi and has 1GB of RAM.

Click here to pre-order the new Fire 7 tablet from Amazon.ca, available in Black and Twilight Blue. Pre-orders will get $10 free Appstore credit towards games, apps and more, for a limited time.