If you were thinking about jumping on an Amazon Kindle, now might be the time as the company has announced a refreshed entry model, which is thinner and lighter than the previous generation, comes with double the memory (update: memory has doubled, not storage capacity; RAM is now 512MB, up from 256MB), while staying at the same price of $79 CAD. 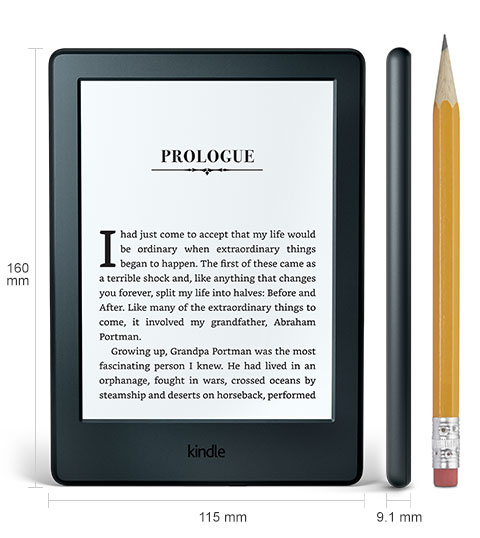 The refreshed Kindle has new features as well:

Arthur van Rest, General Manager, Kindle, said in a statement to iPhone in Canada, “Tens of millions of readers around the world have Kindle e-readers and today, we’re excited to make our most affordable Kindle even better, while keeping the same breakthrough price point.”

The new Kindle is available for pre-order now and will ship in the coming weeks. At $79, this is the same price as the U.S. right now, and considering the exchange rate, this is good news for Canadians. However, the U.S. gets a white colour option, and we don’t…

For iOS users, the Kindle app, coupled with Amazon’s WhisperSync feature means your books and bookmarks are synced over the cloud, so you can keep reading anywhere, from any device. Amazon is touts the Kindle as a reading device where you can “get lost in your story with no alerts or notifications.” It’s true, as it can be pretty easy to stray when reading on an iPad or iPhone (although you could just enable AirPlane Mode or DND).

Click here to pre-order the new Kindle from Amazon.ca, it comes with free shipping and a standard one year warranty.