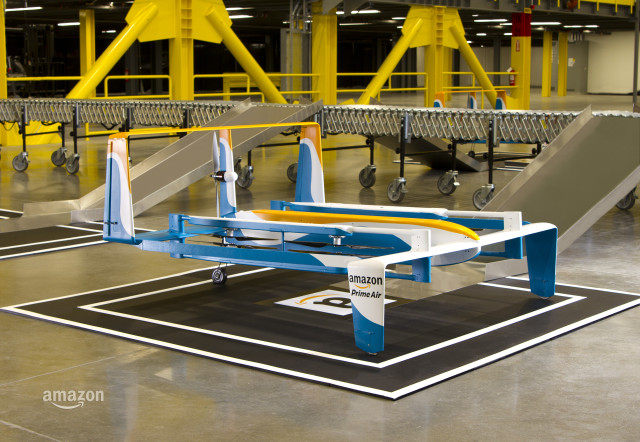 It may look like science fiction, but it isn’t: it’s Amazon’s drone delivery system, which the online retail giant is proud to present. Forget about same-day delivery: you will be able to get the ordered product in just 30 minutes, according to an ad just revealed by Amazon.

In a new video starring TV star Jeremy Clarkson (you may be familiar with him from the super-popular Top Gear series), you’ll see how Amazon Prime Air actually works (via TechInsider).

Of course, you’ll need to order something first from Amazon, and you’ll also need an Amazon symbol, which the drone will look for in the yard, but that’s about it. The package will be in front of your (back) door in a maximum of 30 minutes.

The drone Amazon shows in the video is capable of flying about 15 miles, but the retail giant is testing various models. “In time, there’ll be a whole family of Amazon drones — different designs for different environments,” Clarkson explains in the video.

There is no word about Prime Air’s launch date, as drone delivery is still awaiting approval from the federal government. What we do know is that Amazon is testing the service in Canada at a secret site.