Earlier this week, Amazon announced Prime Video Channels were set to launch in Canada. Despite the company noting the debut would be “soon”, the company flicked the switch yesterday for its pay TV offerings.

Prime Video users may have noticed the “add channels you love” banner at the top of the streaming service, offering Canadians to purchase subscriptions to TV channels, starting at $3.99 per month. 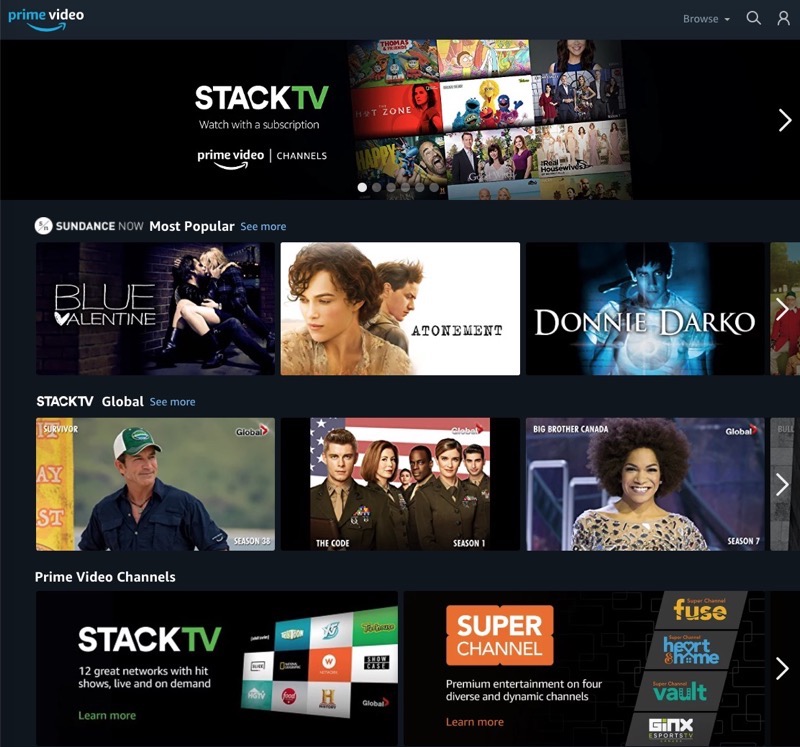 The complete list of available TV channels for purchase are below:

After 9 months of work, launched this today… https://t.co/3XmEsJ8jwQ

Amazon Prime Video Channels looks to compete with similar subscription offerings available on Apple TV 4/4K. News and sports offerings such as CBC, CTV, TSN, Sportsnet and Citytv are absent from Prime Channels at launch, but this may change according to Amazon.