Some third party sellers have started to have their refurbished and unlocked iPhones and iPads listed on Amazon.ca.

What caught our eye was the unlocked 8GB iPhone 5c, available for $199. This price is slightly cheaper than buying from eBay, and could be a ‘cheap’ entry into iOS for a first-time smartphone user looking for an unlocked device. 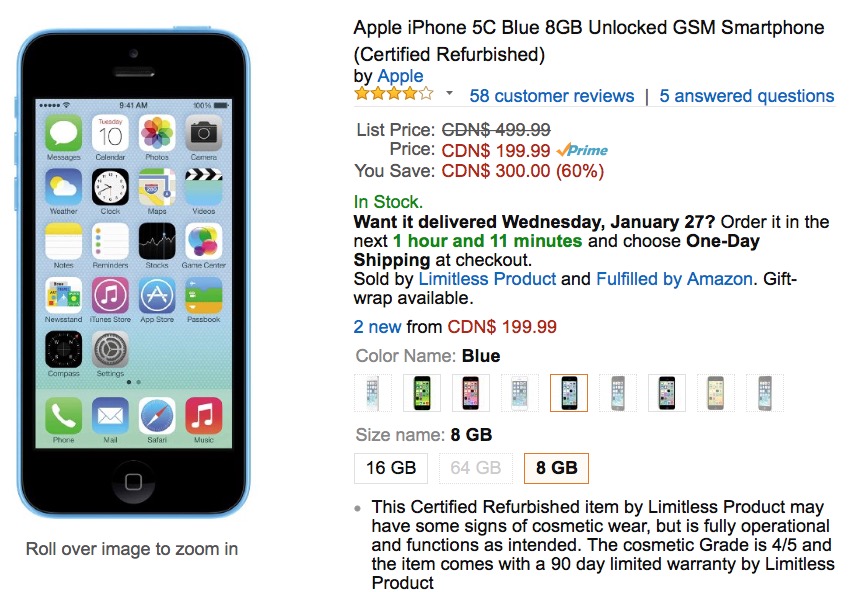 While the reviews are mixed, the devices fulfilled by Amazon mean you do have protection as you can return them if something goes wrong. The third party sellers note the phones come with 90 day warranties and are GSM models only.

I would be sceptical buying these with the mixed reviews (some recent reviews seem fine), but at $199 for a third party refurbished and unlocked iPhone 5c, it may interest some people out there (versus $480 new and locked; if you can find one still).