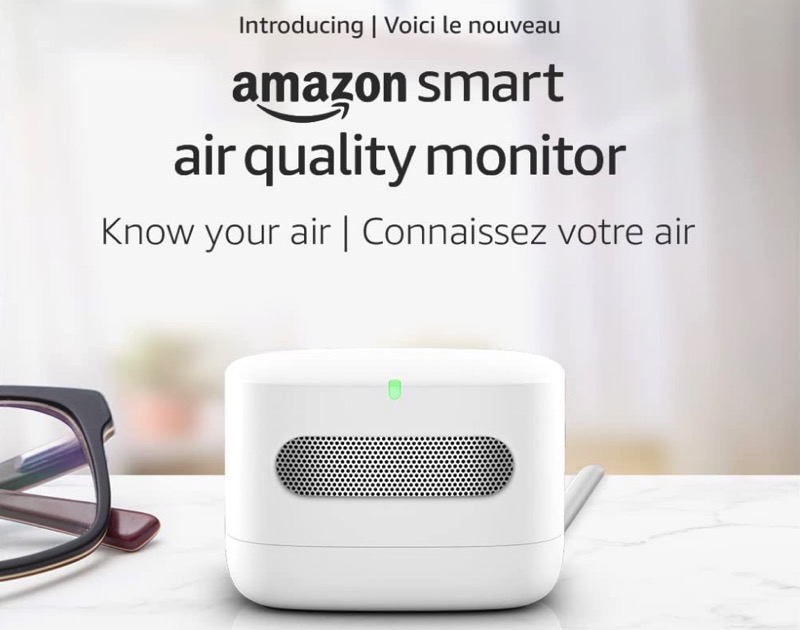 Amazon continues to release new products for the holidays, and its latest is the Smart Air Quality Monitor, now available for pre-order in Canada for $89.99.

There’s an LED on the unit to give a visual indicator of your indoor air quality, while data is accessible within the Alexa app. You’ll also get notifications on your smartphone or announcements through Echo devices regarding your air quality, providing suggested actions, such as opening a window or turning on a fan.

Amazon says they had internal beta testers try out the Smart Air Quality Monitor throughout its development.

“By making small adjustments like venting rooms more frequently, opening windows while cooking, and opting to turn on air purifiers and humidifiers, they not only noticed an improvement in their overall air quality, but also shared that they were able to breathe easier in their homes and sleep better throughout the night,” said Amazon in a statement to iPhone in Canada.

Click here to pre-order the Smart Air Quality Monitor for $89.99 on Amazon.ca–it releases on December 8, 2021.