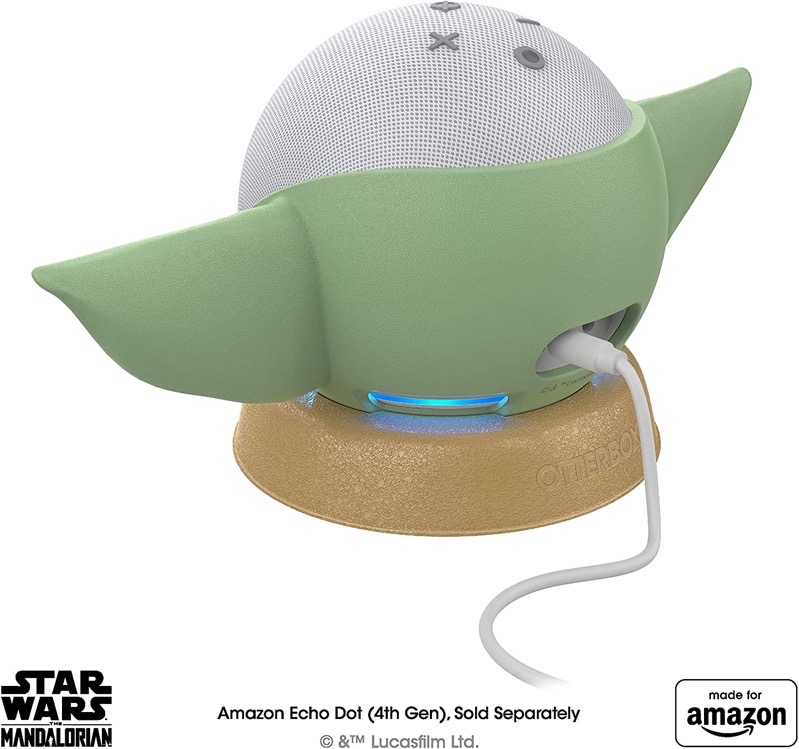 On May the 4th, Amazon has announced the new Made for Amazon stand for its Echo Dot (4th gen) speaker, featuring a design of Baby Grogu from The Mandalorian.

The Echo Dot stand was designed by Otterbox and “allows you to add a piece of galactic flare to your home,” explained Amazon in an email to iPhone in Canada.

Amazon confirmed the new stand is available for pre-order today at $24.95 and will be available for Canadians “over the coming weeks.” Update: Launching on June 10, 2021.