Amazon to Bring Voice Control to Alexa for iOS Soon

TechCrunch reports Amazon will bring voice commands to the Alexa iOS app soon, as the feature has made its way to the Android version of the app this morning:

The addition of voice commands means users can speak directly to their handset the way they would an Echo — to play music, trigger Alexa skills and the like. The update is being rolled out over the course of the coming days through Google Play and Amazon’s own Appstore. A similar update is also on the way for the iOS App Store, but its timing is still up in the air, likely due to Apple’s stricter vetting process.

Why is this upcoming move significant for Amazon? It will finally bring Alexa to mobile, specifically iOS users. Apple has Siri baked into iOS, while Google has long had its Assistant available for iPhone and iPad users. 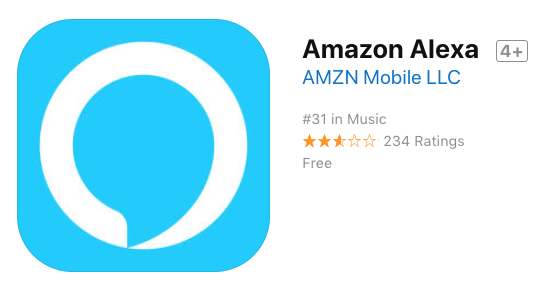 Amazon recently launched its voice assistant Alexa in Canada, as last month it debuted with a trio of Echo products. Both Amazon and Google capitalized on the delay of Apple’s HomePod to sell a tonne of their own speakers during the holidays, at discounted prices.

The current Amazon Alexa iOS app is required to setup Echo speakers; it still is awaiting an update for iPhone X.