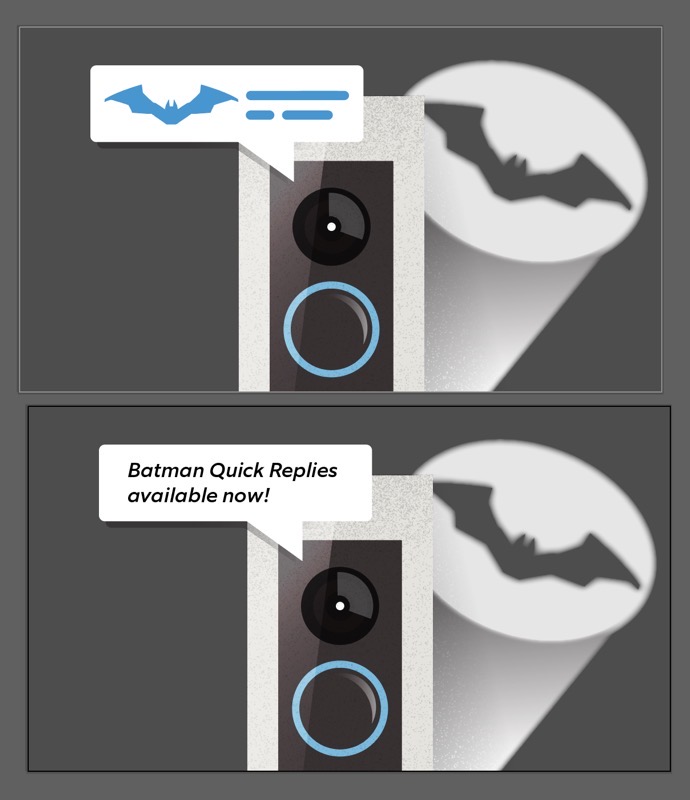 To coincide with the launch of the new Warner Bros. Pictures film, ‘The Batman’, which launches today in theatres, Amazon’s Ring has debuted new Quick Replies based on the movie.

According to a Ring spokesperson in an email to iPhone in Canada, ‘The Batman’ Quick Replies include the following (there’s themed music as the messages are announced):

How to get the Batman Movie Quick Replies on your Ring Video Doorbell?

We previously saw themed Quick Replies for the Super Bowl being launched to celebrate the event and likely there are still more to come, as part of collaborations between Ring and its advertisers.

You can click here to check out Ring Video Doorbells on Amazon.ca.

As Canadian Tire turns 100, it is entering the world of virtual reality (VR) with a Virtual Tree Decorator and a limited-edition 100th-anniversary NFT. The Virtual Tree Decorator is a virtual reality experience that lets you experiment with Christmas tree decor online and bring your dream tree to life. You can design your magical Christmas...
Usman Qureshi
33 mins ago

Google has today announced another Pixel Feature Drop with updates across the Pixel smartphone lineup and the Pixel Watch. The updates are rolling out now on Pixel 4a through the latest Pixel 7 and Pixel 7 Pro. Here are all the new features coming to Pixel devices. New features for Pixel Phones VPN by Google One: Pixel 7...
Usman Qureshi
59 mins ago