Beats has revealed a collaboration with AMBUSH, the Tokyo-based fashion label from revered designer Yoon Ahn. 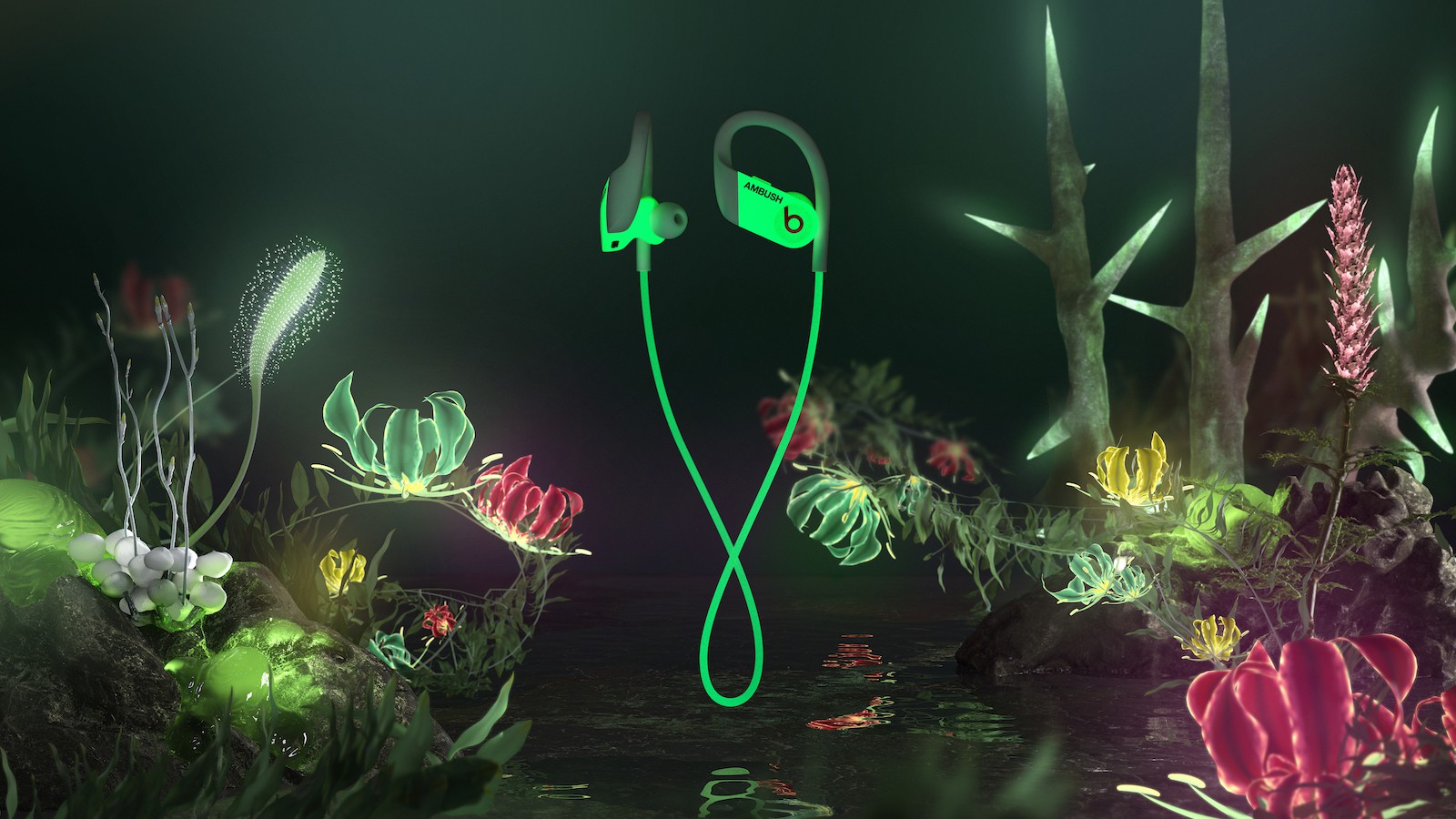 Beats’ new collaboration with AMBUSH takes inspiration from the streets of Shibuya for an eye-catching take on the Powerbeats model. The stand-out feature of the new headphones are the glow-in-the-dark capabilities, marking the first time this function has been used by Beats.

When they’re not lit up, Ambush’s take on the Powerbeats are dressed in a green pastel color throughout the neckband-style, which is complemented by red accents on Beats’ “B” logo and a minimalist “AMBUSH” black signature on the earpieces.

“I live in the middle of Shibuya and I am always inspired by how the city just glows at night time,” Yoon said about her inspirations behind the design. “I thought it would be really cool to design a product that could capture that same city energy when you’re outside late at night listening to music. This collaboration was designed for everyone who is confident, having fun, being creative and trying new things — those kids always seem to glow the brightest.”

AMBUSH’s Powerbeats, priced at $199.95 USD, will be dropping on November 18 via Apple’s online store.

With the exception of the glowing paint job, the presence of the Ambush logo, and an included co-branded ripstop pouch, there’s nothing that differentiates these Powerbeats from the company’s normal $150 USD Powerbeats 4 headphones. The extra $50 USD is pretty much for bragging rights.