AMD has announced the latest generation of its microprocessors. 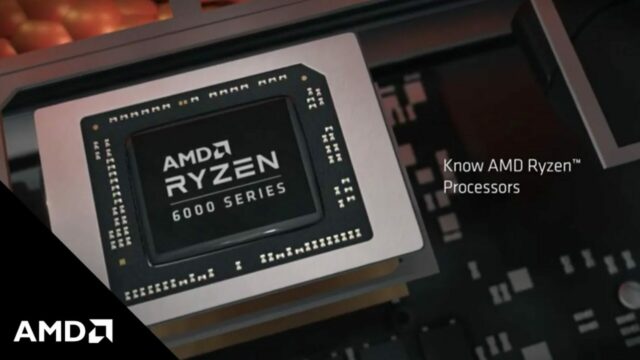 AMD’s next-generation Ryzen 6000 microprocessors, announced at CES this week, should provide another option for the Intel faithful to rethink options when buying laptops.

“AMD is at the forefront of innovation in the PC industry, delivering unmatched experiences for creators, professionals, and gamers,” Saeid Moshkelani, SVP and GM of AMD’s client business unit, said in a statement. “The new AMD Ryzen 6000 Series processors bring remarkable efficiency for impressive battery life, unbeatable built-in graphics and optimized performance to deliver the best AMD has to offer to every type of notebook user.”

The chip designer claims the new processors offer up to 24 hours of laptop battery life on video playback with a single charge, and double the graphics performance when compared to the predecessor Ryzen 5000.

AMD claims Ryzen 6000 chips are on average 1.3 times faster compared to 5000 across benchmarks. The chip also has integrated RDNA2 graphics, which is in the latest gaming consoles. The GPU gives Ryzen 6000 double the gaming performance compared to predecessors.

The Zen 3+ core has 15 new power management features, including deep-sleep states, and new power-management firmware, while adaptive power management capabilities learn from Windows and use on-die sensors to adjust the CPU speed quickly and accurately.

The first laptops powered by AMD Ryzen 6000 Series processors are expected to be available from manufacturers like Asus, Dell, and HP, beginning in February. Throughout the year, AMD expects more than 200 consumer and commercial notebooks based on the 2022 Ryzen portfolio will be available.