An unclassified National Security Agency (NSA) document, intended as a security manual for network administrators in the law enforcement agencies, acquired by Fast Company has revealed how American agencies are using spying capabilities of iPhones and Androids. 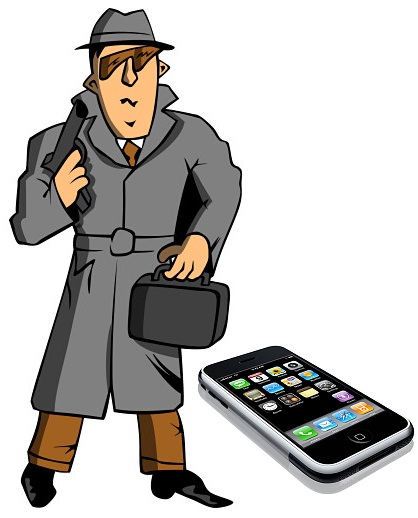 Some years ago, government employees turned to BlackBerry as a “secure smartphone” but now, times have changed. Majority of government agencies have realized that that their employees prefer iPhones and Androids instead, and are therefore adopting to changing times. At the same time, NSA employees are worried about iPhones being hacked and converted into intelligence-gathering devices. The document notes that while iPhones are less susceptible to Bluetooth attacks, they are susceptible to exploitation via email spam and cellular networks.

One of the biggest risks for iPhones, according to the documents, is being plugged into an unsecured outlet for recharging. Security experts such as Brian Krebs have warned of the (possibly hypothetical) risk of “juice jacking”–rogue charging kiosks at airports or conventions secretly copying data from a victim’s phone. As a precaution, the document recommends “provid[ing] additional AC outlet chargers” to users.

Another worry is that malicious users could use iPhones or iPads to secretly spy on offices. The NSA recommends that, for sensitive environments, iOS devices only be used in Airplane mode with Wi-Fi turned off. When that isn’t feasible, the agency recommends leaving iPads and iPhones outside conference rooms or covering their cameras with opaque tape.

Due to these security concerns, it appears that NSA employees are now being handed specially modified Android phones with a unique 3G routing scheme.