A report by PennLive (via Cult Of Mac) tells the story of an obnoxious 11 year old boy who urinated on a cart full of of MacBooks in a Pennsylvanian school. The stupid kid apparently cost the Upper Allen Elementary School a whopping US $36,000. According to the source, the MacBook computers were damaged beyond repair. Way to go kid! 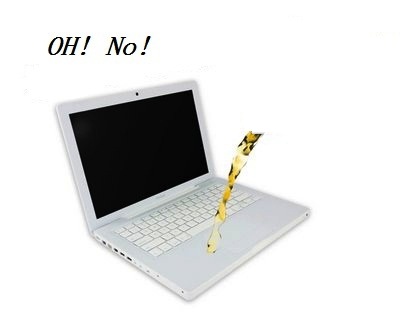 An 11-year-old boy urinated on several MacBook computers on a cart in the Upper Allen Elementary School Wednesday, damaging them beyond repair, according to Upper Allen Twp. police.

Police charged the boy with institutional vandalism and criminal mischief and are turning him over to the Cumberland County Juvenile Probation Department.

It is believed that Apple won’t service the MacBooks since urine, whether animal or human, is considered a biohazard by Apple.