According to a new claim by Wall Street analyst Chris Whitmore of Deutsche Bank, Apple is going to announce two iPhone handsets next month, one will be a high-end aluminum unibody iPhone 5 and the second one will be a low-costing iPhone 4S which is expected to have the same look as iPhone 4 with slightly better hardware such as an A5 dual-core processing chip and possibly a re-designed antenna. The analyst believes the low-end iPhone 4S to sell for approximately $350, a price around $150 less than the other re-designed model, which will provide Apple even greater share into the midrange smartphone market. 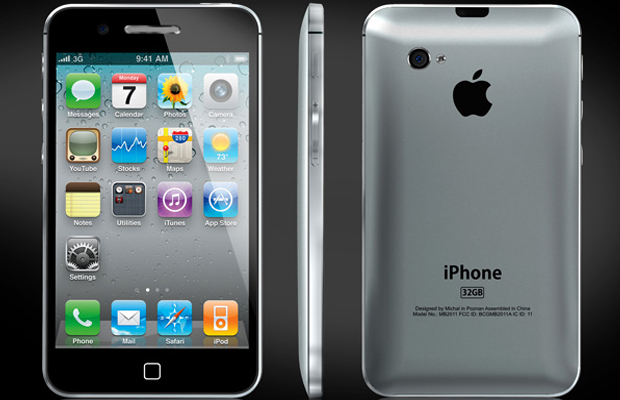 As published by AppleInsider:

The anticipated iPhone 4S is viewed as essentially an 8GB iPod touch with an added cellular antenna. That’s a device. Whitmore believes could achieve margins of around 50 percent, if such a device were to be sold for more than $300. He noted the current 8GB iPod touch, which sells for $229, has margins of about 38 percent.

In his note to investors on Monday, Whitmore also made brief mention of Apple’s fifth-generation iPhone, which he expects will be a completely redesigned handset. Specifically, he said he expects the device to have an aluminum unibody construction to replace the current glass back of the iPhone 4.

Regarding the high-end iPhone 5, Chris claims that the aluminum unibody handset will sport a better camera and a larger edge-to-edge screen touch screen and will also have an 8-megapixel camera. However, there hasn’t been a single component leak indicating a drastically redesigned iPhone 5 till today.