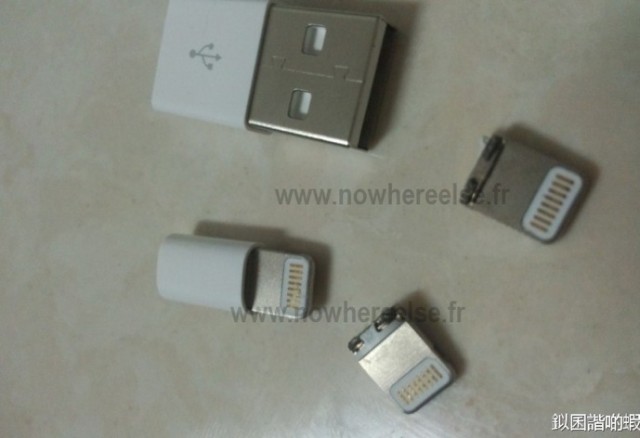 We first saw leaked images of Apple’s supposed new smaller dock connector less than a week ago. The pin itself looks to be a perfect fit into the bottom port of the ‘iPhone 5’ shell we have been accustomed to. It’s part of the two-toned unibody shell that was deeply discussed a week ago by the industrial designer, Don Lehman.

Lehman is back this time, but he’s not talking about the ‘iPhone 5’. He has taken the time to break down the new smaller dock connector that we should see announced by Apple on September 12th if all goes according to plan:

One thing I am really curious to know about is how that flat silver post was made. I don’t see any seams that would indicate that it was a stamped and folded like USB connectors typicaly are. It could have been machined from a solid piece of metal. It also could have been cast or injection molded.

Here’s some wild speculation: Liquidmetal can be injection molded. I’m not saying this part is made with Liquidmetal, I’m saying this is a good application for it. According to Wikipedia, Liquidmetal atttributes include: “…high tensile strength, excellent corrosion resistance, very high coefficient of restitution and excellent anti-wearing characteristics…” Good features to have on a part that takes the amount of abuse that a iOS dock connector does.

Liquidmetal being used for the new connector? I’d welcome that. We’ve heard crazy rumours about a liquid metal iPhone but I don’t think we will see one yet. Even the creators of Liquidmetal noted Apple will likely use the material to produce a ‘breakthrough product’. But as of now, pictures of the new shell look like it could be another aluminum unibody masterpiece by Apple’s lead designer, Jony Ive.

What I am looking forward to here is whether this new smaller dock connector will be stronger than before (like the improved iPhone power adapter). Also, if orientation doesn’t matter when plugging in as speculated before, that would be a real treat. Worried about your old 30 pin accessories? Don’t worry, an adapter will apparently be released by Apple.