Pacific Crest analyst Andy Hargreaves has said in a note to clients today that Apple’s upcoming new iPhones will drive “significant sales volume”, especially if they are announced with new distribution deals with big international carriers like China Mobile and Japan’s DoCoMo. According to AllThingsD, the analyst claims that iPhone 5S and 5C will stabilize Apple’s gross margin and accelerate operating profit in the coming quarter. 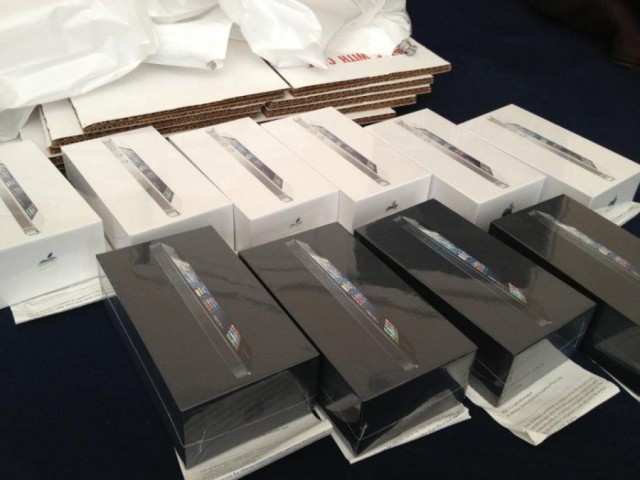 “We expect Apple to launch two new iPhones at its Sept. 10 event, an iPhone 5S and an iPhone 5C, which we believe is essentially an iPhone 5 with a different case,” Hargreaves said. He is currently estimating fourth-quarter iPhone sales of 31 million units, out of which 10 million will be the new models. He further adds that the number could go up to 13 million, with some “extremely efficient supply chain management.” Either way, it is obviously a pretty huge number, considering the limited number of selling days left in the quarter.

That’s a potential record. Assuming that the new iPhones arrive at market on the Sept. 20, Apple will have just nine days to sell them before quarter’s close. Ten million new iPhones sold in nine days is three million more than the seven million iPhone 5 units Apple is estimated to have sold during the nine-day period at the end of fourth-quarter 2012.

Looking ahead to Apple’s first quarter, Hargreaves sees iPhone shipments of 50 million. Caveat: Those shipments will likely be quite a bit higher if Apple does ink the distribution agreements with China Mobile and NTT DoCoMo. Those are big deals with serious upside: China Mobile currently boasts a subscriber base of 700 million, and NTT DoCoMo’s is 60 million.

The analyst believes that if Apple succeeds in landing the two big carriers, it will ship an additional 15 million iPhones on an “annual run-rate” basis, with China Mobile accounting for approximately 10 million of them.

Back in September, Pluto TV announced it would be launching in Canada in December and as of today, the free ad-supported streaming TV service is now live. This new Free Ad-Supported Streaming Television (FAST) service is from Paramount Global, with Corus Entertainment Inc. as its Canadian partner. Pluto TV says it is the world’s leading […]
Gary Ng
27 mins ago