Update 1: More from Digital Daily, as they got some direct quotes. NFC can only take off if there’s support for it from merchants. No support, that means it’s dead in the water:

We do not expect the iPhone 5 to feature an NFC-based payments solution, and instead expect Apple will evaluate and come to market with partners or a complete solution later, perhaps when NFC infrastructure is more established,â€ he said in a note to clients. â€œWe note that Apple did not release the first cloud-based music offerings, or the first 3G or LTE handsets, and entered mobile advertising only after Google bought AdMob â€“ instead, the company has made its name from re-inventing MP3 players, smartphones and most recently tablets/netbooks, and would retain the option to eventually do the same with mobile payments.â€

Reports from Bernstein Research today point to the next-generation iPhone, the “iPhone 5”, as not to feature NFC (near-field communications) technology.

Rumors set an expectation that Apple was to lead in NFC adoption with the iPhone 5, but these reports now suggest that iPhone support will have to wait.

One of the most common uses of NFC is mobile purchases, which enables users to pay for items by simply swiping their phone in front of a reader! 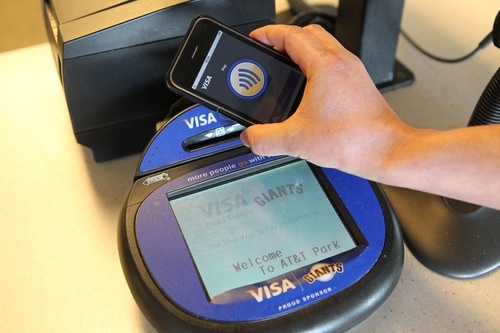