More iPhone 5 predictions are coming from analysts, this time via RBC Capital Markets and Sterne Agree.

According to Shawn Wu from Sterne Agree, he notes to Business Insider the next iPhone will have a larger display, a similar form factor, but with a thinner bezel. Also, the refresh could contain more upgrades than expected. He also notes it will not have 4G LTE as battery life and network coverage is still a concern.

‘Cautious’ About the October iPhone 5 Debut

RBC analyst Mike Abramsky noted to investors a response to the October launch rumour from ATD. He pointed out three reasons why the September launch is more plausible.

2. Apple executives mentioned during the previous quarterly earnings call that the company is planning a ‘major product transition’ slated for the end of September. Apple’s CFO mentioned the new product would impact the September quarter.

3. Rumours of AT&T employee blackout dates for vacations during the last two weeks of September, an action that has previously indicated iPhone launches.

Take what you want from these analysts, but according to our sources a September launch is still in the works. 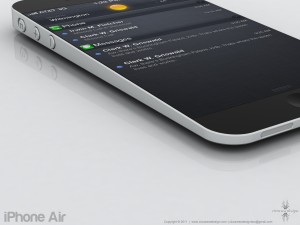