Earlier this week, folks over at AnandTech revealed that iPhone 5’s A6 is the first Apple SoC to use its own ARMv7 based processor design whose cores are purely Apple’s own creation. While hesitating to predict more details about the S0C’s specs earlier, the same source has now revealed that the A6 S0c has a 3-core GPU. 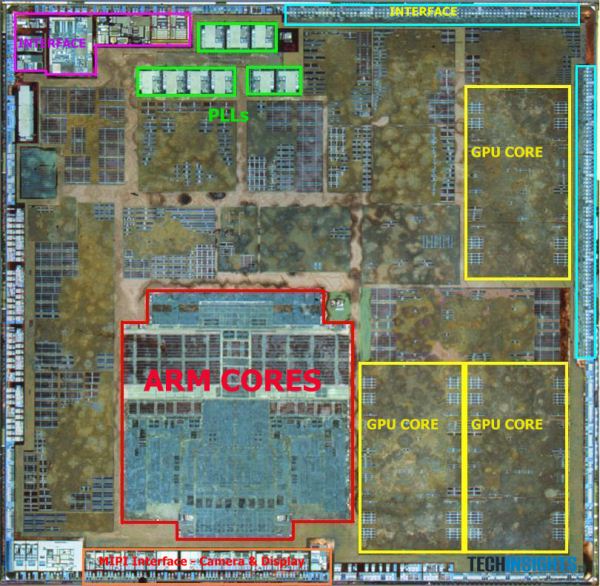 First diffusion images of Apple’s new A6 SoC from UBM TechInsights seem to confirm a lot of things about Apple’s newest processor.

The image above shows two 32-bit LPDDR2 memory channels and three GPU cores. We’re likely looking at a PowerVR SGX 543MP3 running at 266MHz. UBM estimates the die size at 95.04mm2 and the manufacturer as Samsung.

It is once again interesting to note that despite all the growing tension between Apple and Samsung in the past few months, the Cupertino company seems to have been left with no choice but to go for a Samsung component. 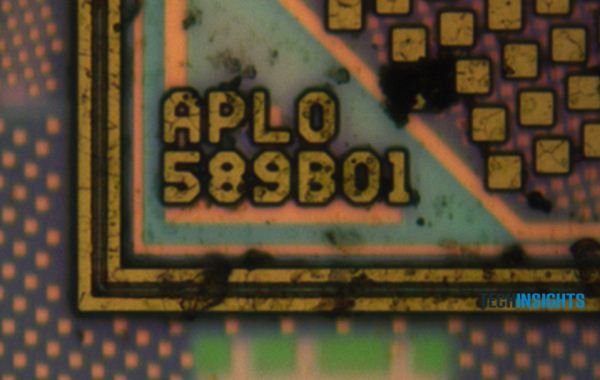