According to a report by The Verge, Google’s all-new Calendar app from Android 5.0 Lollipop will soon be available for download on iPhone as well. The new smarter and more colourful Google Calendar app, not only takes on the company’s new playful Material Design style, which is gradually working its way across all Google apps, but also makes adding and viewing events much easier. 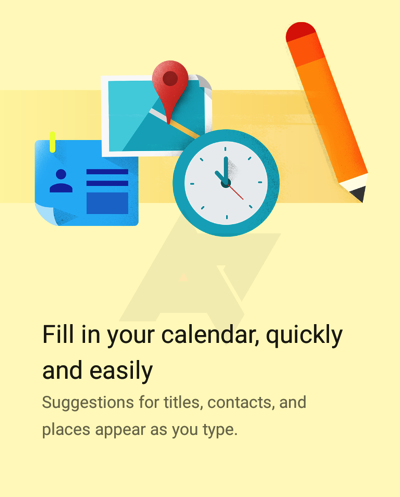 Google’s new Calendar app will not only automatically pull events, such as booked reservations, flights, or concerts, out of your inbox and add them to your calendar, but also help you enter events by automatically filling in information as you type, such as your contacts and nearby locations. Google has added a new “schedule view” which just displays your upcoming appointments. They’re all given big, colorful backgrounds, often with images, which make them easier to browse.

“Third-party calendar apps that plug into Google have continued to add new and more intelligent features, and this release in many ways feels like Google playing catch up. That said, it looks like Google has actually taken quite a few steps forward here.

There’s one other big piece of news here: Google is bringing this new Calendar app to the iPhone. While there have been a good number of ways to access your Google Calendars on the iPhone and iPad, including through Apple’s Calendar app, this will be the first time Google has actually released a proper Calendar app for iOS.”

So far, Google has not indicated how soon the new Google Calendar app for iPhone / iPad will hit the App Store. We’ll keep you posted when it does so, stay tuned.