Google to Let Android Users Opt Out of Ad Tracking 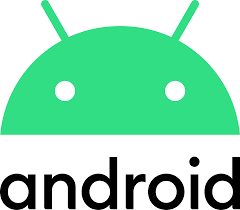 A new Bloomberg report says that Google is strengthening privacy protections for Android users who want to make it harder for advertisers to track them when they move between apps, as the company tries to counter Apple’s image as a better steward of personal data.

Google already allows Android users to opt-out of personalized ads. But even if users do that, software developers may still access the user’s Advertising ID, a unique string of characters that identifies the user’s device. Firms can use this Advertising ID for purposes such as allowing developers to measure app usage or letting advertisers detect and prevent invalid traffic.

Following the change, if a user has opted out of personalized ads, the Advertising ID will not be available — requests for it will return only a string of zeros.

From the Google support page:

As part of Google Play services update in late 2021, the advertising ID will be removed when a user opts out of personalization using advertising ID in Android Settings. Any attempts to access the identifier will receive a string of zeros instead of the identifier. To help developers and ad/analytics service providers with compliance efforts and respect user choice, they will be able to receive notifications for opt-out preferences. Additionally, apps targeting Android 12 will need to declare a Google Play services normal permission in the manifest file.

Apple’s own iOS 14 changes have been met with strong pushback from the likes of Facebook regarding the impact it could have on advertising sales and revenue. Recent news indicates Apple’s measures have seen a reduction in spending and falling ad prices.

Ironically, reports have also indicated that some advertisers are spending more on Android as a result of the measures. As FT notes, experts believe the measures are designed to compete with Apple’s ATT changes.

With regulators taking a closer look at user privacy, and consumers becoming more concerned about the use of their personal data, tech giants are trying to get ahead by making changes in the name of privacy. Google said in early 2020 that it would end support for third-party cookies on its Chrome browser within two years.