Android is King of Malware, as Attacks Increase 10x: Kaspersky 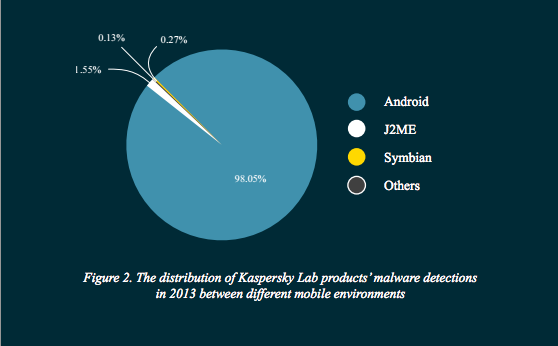 More than 98% of all existing mobile malware targets Android devices, Kaspersky’s recent Mobile Cyber Threats report reveals. For the first time, the report was prepared with some help from Interpol as a result of international cooperation to combat cyber crime. 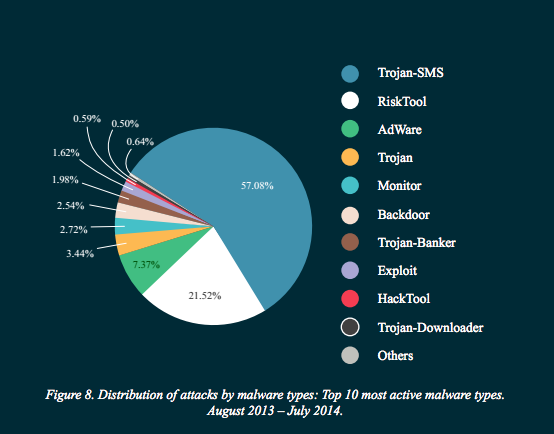 Looking back to the analyzed 12-month period (August 1, 2013, through July 31, 2014), Kaspersky highlights the undisputed leadership of Android: Of the 300 million smartphones sold in the second quarter of 2014, Android devices accounted for 85%.

This also means Android-based devices “successfully” attract the attention of cyber criminals: Kaspersky estimates that 98.05% of all existing mobile malware targets Android users. After scanning the existing app storefronts in multiple countries, Kaspersky has found 175,442 instances of new, unique Android malware in the first half of 2014 alone.

The most-affected countries were Russia, India, Kazakhstan, Vietnam, Ukraine, and Germany, with trojans designed to send costly SMS messages being the most widespread malicious program in the analyzed period.

You can read the full report here (via PCWorld).