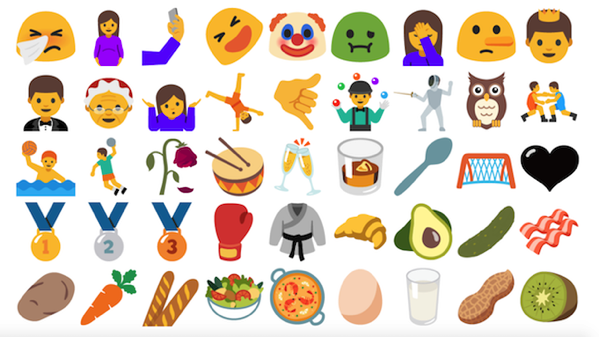 Last year in June, the Unicode Consortium introduced 72 new emoji with the Unicode 9.0 release, including six new scripts, 7,500 new characters, and a myriad of interesting emoji ranging from an avocado and a clown to animals like a gorilla and bat. Nearly 7 months laters, the vast majority of Android users still can’t see these new emojis (via Emojipedia). Instead, they see what’s shown below:

Google added Unicode 9 support to Android 7.0 in August, followed by genders and professions which arrived with 7.1 in October 2016. Apple on the other hand didn’t include any new emoji updates until iOS 10 in September, with the rest of the new emojis coming months later in iOS 10.2 in December 2016. And yet, only 4% of Android users can see all the new emoji, compared to 84% of iOS users. This means that 96 out of 100 Android users are not seeing the latest emojis. 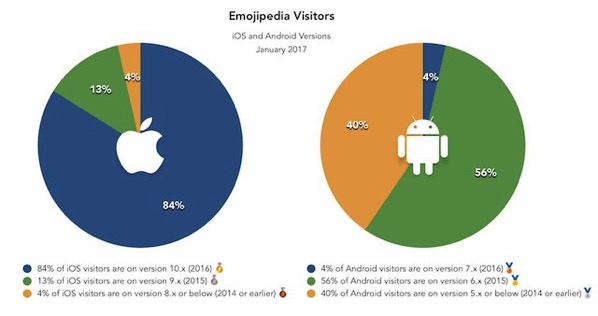 Google’s own statistics on Android version share show worse results3 with under 1% using Android 7.0 Nougat. With numbers like that, it’s no wonder so many apps are providing their own custom emoji support these days.

Given the slow state of Android rollouts from major vendors, apps have taken emoji support into their own hands. While this requires more effort from app developers (native emoji support is much simpler to support), it may the best outcome for users who would otherwise be stuck not sure what people are sending.