Google has today pushed out the biggest update to Android Wear to date, primarily aimed at keeping up with the Apple Watch in terms of features offered by the tow wearables. According to The Verge, some of the features introduced in today’s update might “change how we use our watches”, from Wi-Fi support to hand gestures and hand-drawn emoji. 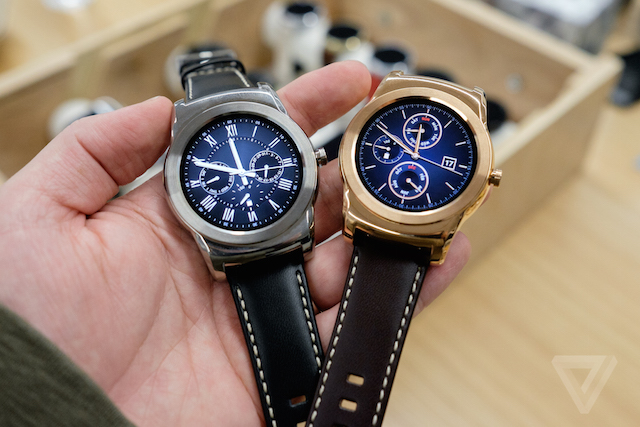 The feature of drawing emoji characters was born out of a Google hackathon, and is also included in the recently introduced Android Handwriting Input app for Android. The Android Wear team decided to turn the one-off idea into a feature, but needed help in making it work for potentially millions of people. “We had volunteer Googlers send us hundreds of thousands of drawing samples,” says Jeff Chang, the lead product manager for Wear. “We’d say hey, draw a dog, draw it on the screen”. They’d do that over and over, and eventually the result is a responsive emoji, he adds.

While emoji are useful for responding to people, you need to be near your phone to even get those messages, something Google has changed by adding WiFi support to Android Wear. However, Android Wear devices are “still not designed to exist on their own”, says Chang.

Two other changes Google’s made in the update impact what you see on screen, and how you interact with it. One is a new low-power mode for the screen when you’re not actively looking at it. It allows apps to ambiently display just a minimal amount of data, usually in black and white, without a gesture to turn the screen on.

The other change to the screen is how you interact with it. The update adds a new gesture system that lets you navigate around your watch without touching the screen. You can now jump to the next card in your stream with a flick outwards. Do the same gesture inwards, and it goes back a card.

The first watch to get today’s update will be the upcoming LG Urbane, which comes with it out of the box, while other Android Wear devices will get it as a part of an update that’s rolling out beginning next month