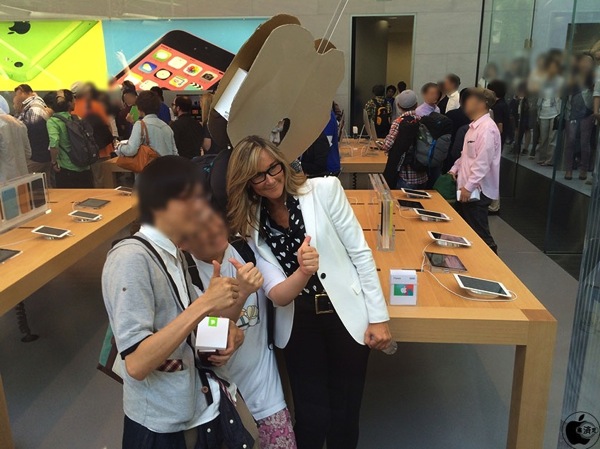 Apple’s latest retail store in the Omotesando area of Tokyo opened in Japan on Friday local time and the company’s new retail chief Angela Ahrendts was present to greet fans to the new store, even posting for pictures, reports Japanese site Macotakara.

Prior to the opening, roughly 1,000 people lined up in the streets in anticipation of the impressive store built with floor to ceiling panes of glass, alongside the glass staircase in the centre of the location.

Earlier today Ahrendts sent her first company-wide memo to employees (via 9to5Mac), detailing how she plans to visit retail locations worldwide, saying “Every couple of weeks, we will be visiting stores across the world to see and learn what we do best and hear your thoughts about opportunities ahead.”

Apple yesterday shared a rare video with a behind the scenes look at the Omotesando grand opening preparations.

Amazon has revealed its offering of free games arriving for Prime Gaming members. This month, subscribers can gain access to eight titles and new in-game content to a series of ongoing games. December sees Amazon host one final month of free games for the year. Closing out 2022, Prime members can redeem and play Quake,...
Steve Vegvari
33 mins ago