‘Angry Birds’ Producer Discusses the Film and its Canadian Connections

During a recent visit to Toronto, Catherine Winder, the Canadian producer behind the ‘Angry Birds’ movie, has shared her thoughts on the timing of the film, its messages, and Canadian connections. She revealed how the app’s thin plot actually gave the filmmakers a wide perspective in writing a script.

“This isn’t a movie about a game but rather, we’ve had awesome characters from which to pull and springboard and tell a story around and about”, said the Toronto-born producer, who has also produced TV’s “Star Wars: The Clone Wars” (via InsideHalton). 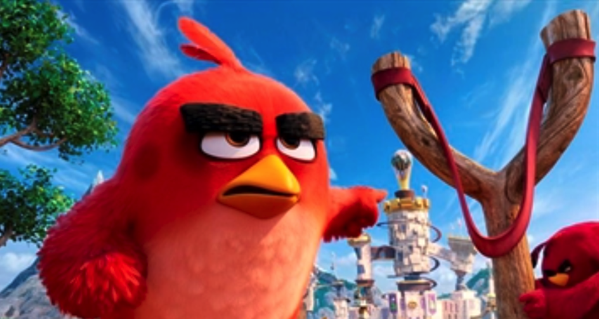 Winder also shared her views on the waning popularity of the game, saying that it’s still extraordinarily popular around the world and the characters are known and beloved. “As in every property, it ebbs and flows, but this game has been downloaded over three billion times”, she highlighted. Talking about working in Vancouver, she said that she moved to the city a little over six years ago at which time very few feature films had been done.

“When we were looking at ‘Angry Birds’ and trying to figure out where to best cast it, of course we had to comb the world … and it was Vancouver with the best animators and comedic talent.

But at that time Sony Pictures Imageworks only had a small piece of the workflow being done in Vancouver and so I pushed to do the whole thing there. And ultimately they ended up moving their operations there at the same time as we were doing the film and it’s been great for Vancouver…. Now (animation studio) Animal Logic, through Warner Bros., is set up in Vancouver to do all the Lego movies and Imageworks has more and more full animated projects that are going through there, not just from their Sony Pictures animation group, but other groups as well.”

The film is set to open this Friday, introducing audiences to an island mostly populated by happy, flightless birds.

According to a report by MacRumors, Apple has updated its battery replacement policy for the sixth-generation ‌iPad mini‌, allowing customers to get their batteries replaced without requiring a device replacement. Prior to the announcement, if a customer wanted to get their iPad mini 6 battery replaced, Apple Stores, authorized service providers, and repair centers will give those...
Usman Qureshi
20 mins ago

A new Apple support video has detailed how you can use the iPhone's Safety Check feature to disconnect your device from people, apps, and devices you no longer want to be connected to. You can use Safety Check to check whom you’re sharing information with, restrict Messages and FaceTime to your iPhone, reset system privacy...
Usman Qureshi
31 mins ago