Rovio’s Angry Birds Rio, the game what was released back in 2011 as part of a collaboration with 20th Century Fox to promote the upcoming animated film at the time, has received 26 brand new levels in its latest update. Moreover, Rovio has made both regular and HD versions of the game completely free to download in the App Store. 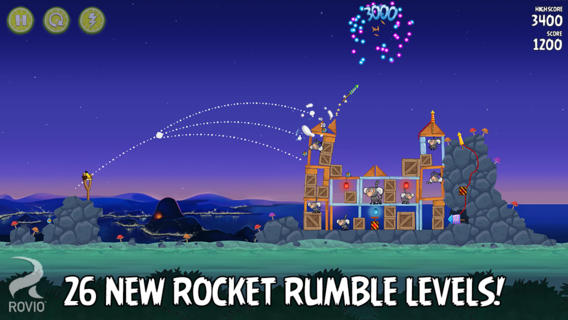 In Angry Birds Rio, the original Angry Birds are kidnapped and taken to the magical city of Rio de Janeiro, where they eventually escape their captors and set out to save their friends, Blu and Jewel – two rare macaws and the stars of the hit motion picture, Rio.