Following its launch last week, Angry Birds Star Wars rose to the top spot for paid apps in the U.S. and Canadian App Stores, merely 2.5 hours after its release. According to Rovio, the game has received rave reviews from critics in the past one week and is now the #1 game in US on iOS and Android platforms. 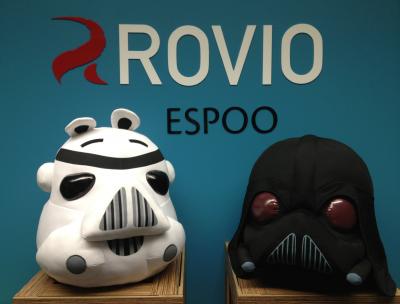 In addition to the Path of the Jedi episode, that features 40 levels which can be unlocked by three-starring each level or through an in-app purchase, Rovio is planning to release the next episode Hoth, which will introduce the Pink Bird as Princess Leia.

Additionally, Rovio is giving away two plush toys to celebrate the wild success of Angry Birds Star Wars via Twitter. Here are the details:

If you’re one of the many hatchlings out there playing Angry Birds Star Wars right now, then let us know. Tag a tweet with #FlingingTheFlock and we may even throw in one of these big, fat Pork Side plush toys!

We will select two people to receive a plush toy by 12PM GMT on Friday November 16, so don’t forget to tweet or comment below with #FlingingTheFlock!