Animal Crossing: New Horizons Maintains its Spot as Most Talked About Game on Twitter, According to New Insights 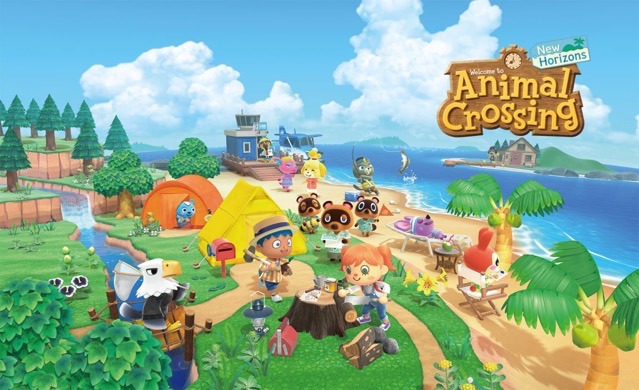 Recently, Twitter’s Head of Gaming Content Partnerships Rishi Chadha provided a look at the games, esports teams, and events that users on Twitter discussed the most in the months between August and October of this year. Although not particularly surprising, Animal Crossing: New Horizons kept the top spot. Nintendo has continued to support the game with numerous in-game events across the year.

The top 10 most tweeted about games around the globe are as followed:

First up, let’s dive into the games everyone’s talking about over the past few months.

A massive congrats to @FallGuysGame & @InnerslothDevs for jumping into the Top 10 games in the US & Globally! pic.twitter.com/XppWE09rBQ

While other notable games such as Fortnite, Apex Legends, and the Final Fantasy series have maintained their placements in the top ten selection, a few newcomers have joined the fray. Critically adored game Fall Guys managed to not only take over play sessions on console and PC but maintained a lot of discourse on Twitter. Among Us, a game that launched in 2018 but only recently found an incredible amount of success thanks to streamers and content creators, has landed in the number five spot. 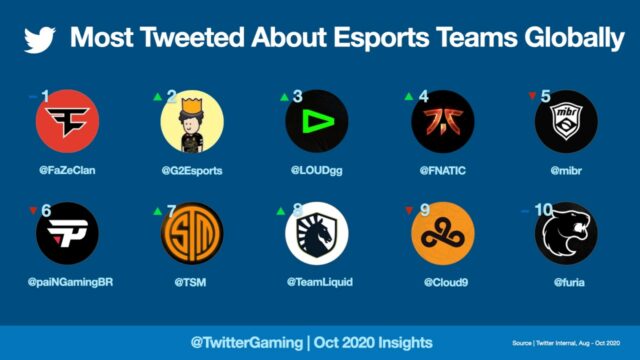 Taking a quick look at esports, FaZe Clan, G2 Esports, and Loud are amongst the top 10 most tweeted about esports teams across the globe. The inaugural season of the Call of Duty League was held this year and naturally, many fans took to Twitter to discuss the season. Throughout, the top five countries discussing CLD were the US, UK, Canada, France, and Japan. Chadha also notes that of the top five countries, each had a team participating in the league.

Chadha ends off by saying that additional insights will be provided as the League of Legends World Championship concludes and we head into the final months of 2020.