The new Cosmos Laser 4K provides a major boost to picture quality, thanks to its higher resolution and 2400 lumens light source. Featuring an ergonomically designed handle, the projector is also easy to move around. 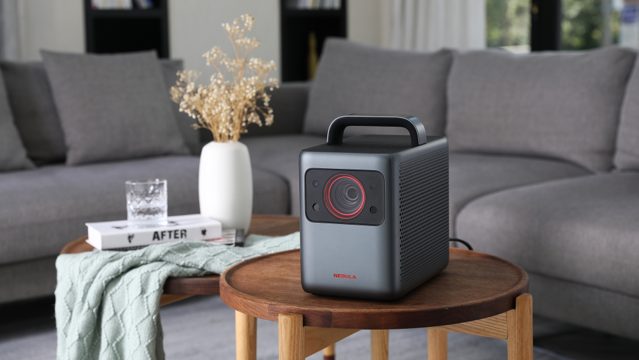 The Nebula Cosmos Laser 4K also comes with an HDR10-capable streaming dongle that runs Android TV 10, allowing you to enjoy Netflix, Disney Plus, and more in 4K. A built-in 30W speaker system with Dolby audio promises to “heighten the intensity” of a movie soundtrack.

Anker says the Nebula Cosmos Laser 4K projector will debut on Kickstarter on January 11th for $2,199 and will begin shipping in March.